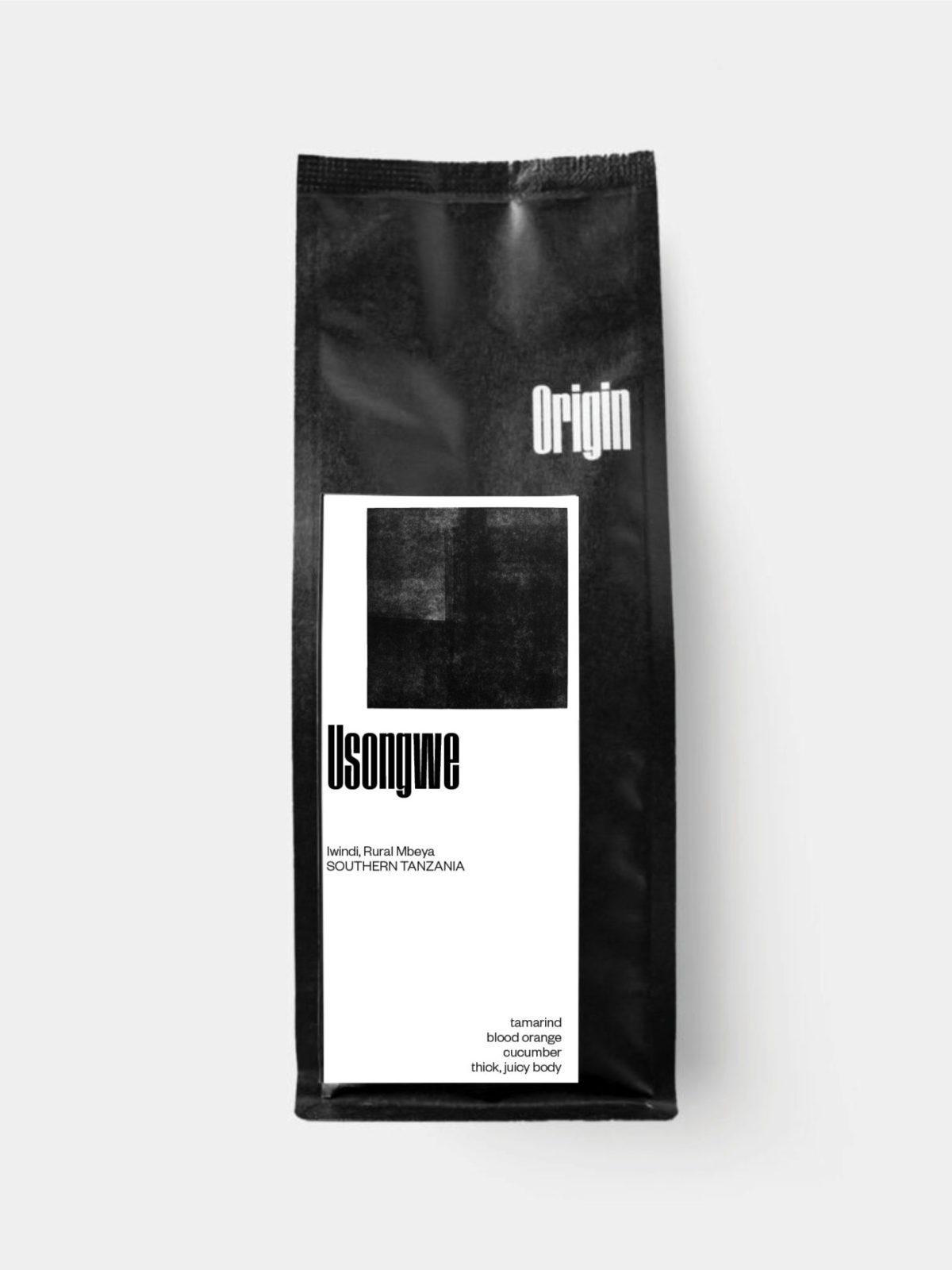 Usongwe Agricultural Marketing Cooperative Society (Iyenga AMCOS) was registered in 1993 under the Tanzanian cooperative act – though the group’s originators go back even before the creation of the AMCOS system in Tanzania, when all coffee groups were organized under state-regulated unions. The group takes its name takes its name from the surrounding area and the nearby Usongwe valley, which is populated with smallholder farmers and tiny villages. When Usongwe first started, it was composed of 300 members from five villages – all located in the surrounds of Mbeya in Southern Tanzania. Today, the group has grown to represent 520 smallholder farmers from all around the county of Iwindi in rural Mbeya.

The importance of coffee farming to the communities belonging to Usongwe AMCOS cannot be overstated: coffee is pretty much the only significant cash crop in the region and forms the backbone of most families’ sustenance. Most of the farmers in the group have a long family history farming coffee, and members have learned and inherited farms from their fathers and grandfathers over the years. Although many families grow other crops such as maize, tomatoes and other vegetables – which may be sold at local markets – for the most part all other agricultural products are used for subsistence. Some families also keep livestock, but coffee production is still the primary economic activity for most.

The average age of trees on the farms working under Usongwe AMCOS is 20-35 years old. Trees remain productive because of regular maintenance, but pruning is increasingly important to keep the trees producing and in good health. Farmers working with the Usongwe group receive agricultural and technical advice and assistance on a regular basis, and stumping is often recommended in cases where the trees look old and week. Technical advice on productive pruning is also given, and farms are given regular ‘check ups’ immediately after the harvest season and during the rainy season to ensure that best practices are being followed. Despite these efforts, farmers, on average, only produce around six 60 kg bags of green coffee a year (500 kg of parchment). Support from trained advisors in maintaining and increasing productivity and quality is crucial if farmers are to continue to survive on coffee in the region.

For the most part, farmers plant and manage varieties that were grown by their fathers and grandfathers – mostly Kent, Bourbon and other local varieties. The Tanzania Coffee Research Institute (TACRI) has been active in developing and distributing varieties that are resistant to the ever present Coffee Berry Disease (CBD) and Coffee Leaf Rust, as well, and farmers are increasingly adopting these varieties because of their resistance. Compact is one of the newer of these, and it is being widely adopted in the countryside due to its high resistance to Coffee Berry Disease.

Access to water for irrigation during the dry season remains one of the biggest challenges that people in the region face, and most families have boreholes that they use for water. These boreholes are always precarious, and often run dry, often posing issues to cherry development and harvest activities.

Usongwe producers home process their coffee, and the distance between farmers’ plots and their milling equipment varies greatly. On average, most families’ coffee plots lie within a 15 to 30 minute walk from their small mills. The coffee is usually packed into sacks and carried on a motorcycle, bicycle, animal cart or sometimes in a pickup truck. During the harvest, these coffee cherries are carried to the small pulper and hand pulped within 7 hours of picking. Cherries are sorted, pulped into a tank and then left to ferment in clean water for around three days. Usongwe members have been trained to check on the process frequently to prevent over-fermentation. On the fourth day, the coffee is removed from the tank and washed clean of all traces of mucilage before being returned, again, to clean water to soak for another 24 hours.  After this, the coffee is drained and delivered to dry on raised (African) beds.

All processing and drying activity is heavily overseen by agricultural technicians, who advise at all levels on quality improvements in processing.

This home processing is driven by historical factors in Tanzania, and is very similar to certain other origins we have visited such as Bolivia, rather than the way coffee is processed, for example, in neighbouring Kenya.

After reaching the optimal humidity, the coffee is rested. All the coffee is milled at City Coffee Ltd, in Mbeya, and is sent to the Tanzania Coffee Board auction in Moshi, where it is then cupped, graded and sold at auction to the highest bidder.

We have roasted many Tanzanian coffees over the years – for sale as single-origins and often as ingredients in our seasonal blends. Mike MacDonald, Origin’s (now) ex head roaster, and owner Joel Singer visited Mbeya and other parts of Tanzania in 2014. The coffee market is highly complex and changeable in the country. We explored a wide range of these issues when we visited, and there have been many changes in the regulatory and practical environment over the years since we last visited. I recall very clearly, that in the region around Mbeya, irrigation had the potential to radically improve growers’ yields and livelihoods, but the ability to irrigate for many producers was severely constrained.

Unfortunately, we did not visit the Usongwe valley and its producers on that trip. We hope to do so in future.

A Note on Screen sizing in Tanzania