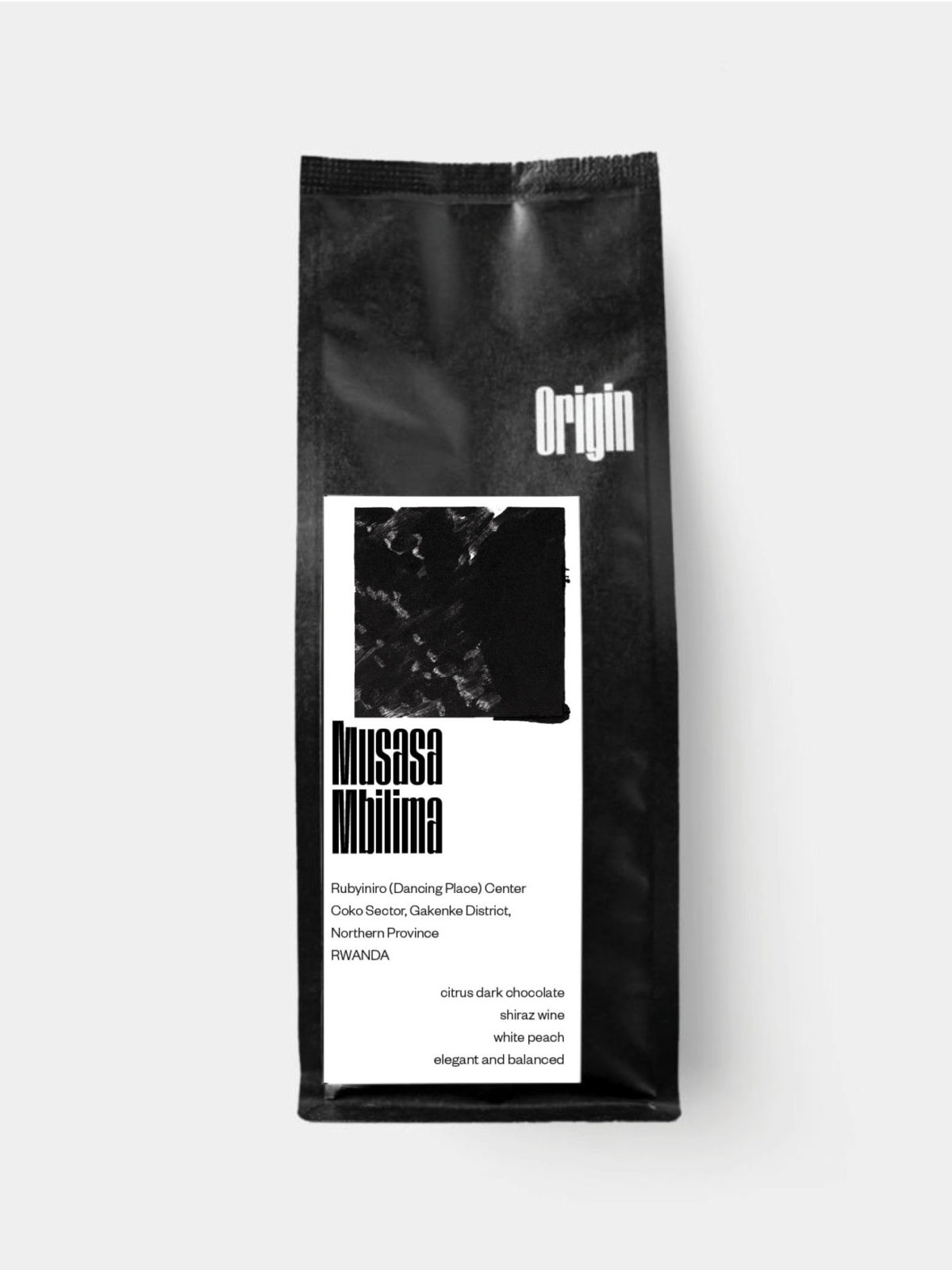 We have been offering coffees from Musasa Dukunde Kawa since our partners Mercanta started working with them back in 2007. Origin owner Joel Singer was a visitor there on one of the first trips Mercanta did to the coop. We hope this relationship will continue for many years to come.

Much of the success of Musasa Dukunde Kawa can be attributed to the transformational PEARL programme of which it was a part. The project switched the focus in the Rwandan coffee sector from an historic emphasis on quantity to one of quality, thus opening Rwanda up to the much more highly-valued specialty coffee market. The programme and its successor, SPREAD, have been invaluable in helping Rwanda’s small-scale coffee farmers to rebuild their production in the wake of the devastating 1994 genocide and the 1990s world coffee crash.

Most of the small scale producers with whom Musasa Dukunde Kawa works own less than a quarter of a hectare of land, where they cultivate an average of only 250 – 300 coffee trees each as well as other subsistence food crops such as maize and beans. The cooperative gives these small farmers the chance to combine their harvests and process cherries centrally. Before the proliferation of washing stations such as Mibilima, the norm in Rwanda was for small farmers to sell semi-processed cherries on to a middleman, and the market was dominated by a single exporter. This commodity-focused system – coupled with declining world prices in the 1990s – brought severe hardship to farmers, some of whom abandoned coffee entirely.

Today, it’s a different picture. Farmers who work with Musasa Dukunde Kawa have seen their income at least double, and the co-op produces some outstanding lots for the specialty market year after year. ‘Musasa’ means ‘a place to make a bed’ and ‘Dukunde Kawa’ means ‘let’s love coffee’ in Kinyarwanda – a reference to the power of coffee to improve the lives of those in rural communities.

Musasa Dukunde Kawa now owns three washing stations and is one of Rwanda’s larger cooperatives, with 2,148 members as of the 2014/15 crop year. Mibilima washing station began serving local farmers in 2006 and today buys and processes cherries from just under a quarter of the cooperative’s membership. The numbers and paperwork involved are substantial! All of this is overseen by Wet Mill Manager, Jon Bosco Habimana, who has held the post since 2012. Under his direction and the assistance of 4 permanent staff and 67 seasonal workers, Mibilima has grown to process 2 containers of exportable coffee, of which Mercanta selects the finest.

The level of care that Musasa Dukunde Kawa Mibilima takes over the processing is impressive. Cherries are hand-picked only when fully ripe and then pulped that same evening using a mechanical pulper that divides the beans into three grades by weight.

After pulping, the coffee is fermented overnight (for around 12 hours) and then graded again using flotation channels that sort the coffee by weight (the heaviest – or A1 – usually being the best). The wet parchment is then soaked in water for between 18 and 24 hours to stabilise moisture content.

As at most washing stations in Rwanda, women do the majority of the hand sorting. This takes place in two stages – on the covered pre-drying tables and on the drying tables. Washed beans are moved from the wet fermentation tanks onto the pre-drying tables, where they are intensively sorted under shade for around six hours. The idea is that greens (unripes) are still visible when the beans are damp, while the roofs over the tables protect the beans from the direct sunlight. Next, the beans are moved onto the washing station’s extensive drying tables for around 14 days (depending on the weather), where they are sorted again for defects, turned regularly and protected from rain and the midday sun by covers, ensuring both even drying and the removal of any damaged or ‘funny looking’ beans. After reaching 11% humidity, the coffee is then stored in parchment in Mibilima’s purpose-built warehouse prior to final dry-milling and hand-sorting at the Cooperative’s brand new dry mill in Kigali. Each coffee that arrives is also cupped by Musasa’s team of expert cuppers along with the Q-graders of their exporting partner, Rwashocco.

Lots are usually separated out by days. Upon delivery as cherry, the coffee receives a paper ‘ticket’ that follows the lot through all its processing. This ticket bears the date of harvest and the grade (A1, A2 etc) of the coffee – for instance, if a coffee lot is called ‘Lot 1- 06/04 – A1’, this means it was the first lot processed on April 4 and the grade is A1. This simple but effective practice is a crucial tool in controlling quality and ensuring the traceability of lots.

In addition to the great work that the cooperative does with quality improvement and assurance, they also have various social programs that greatly contribute to the livelihoods of their members. School fees and medical insurance are provided along with training in quality and productivity in cultivation of coffee. The cooperative also gives cows as bonus payment for quality cherry. These cows not only produce milk for cheese, which helps improve diets and provides supplementary income for farmers, they also provide fertiliser for coffee! The cooperative has also invested in a fleet of tailor-made bikes that help smallholders deliver their cherry to the cooperative’s washing stations. This not only reduces the labour required for producers but also means that it is easier to deliver cherry on the same day as picking, which helps ensure greater quality.CITRUS DARK CHOCOLATE – SHIRAZ WINE – WHITE PEACH – ELEGANT AND BALANCEDCITRUS DARK CHOCOLATE – SHIRAZ WINE – WHITE PEACH – ELEGANT AND BALANCED