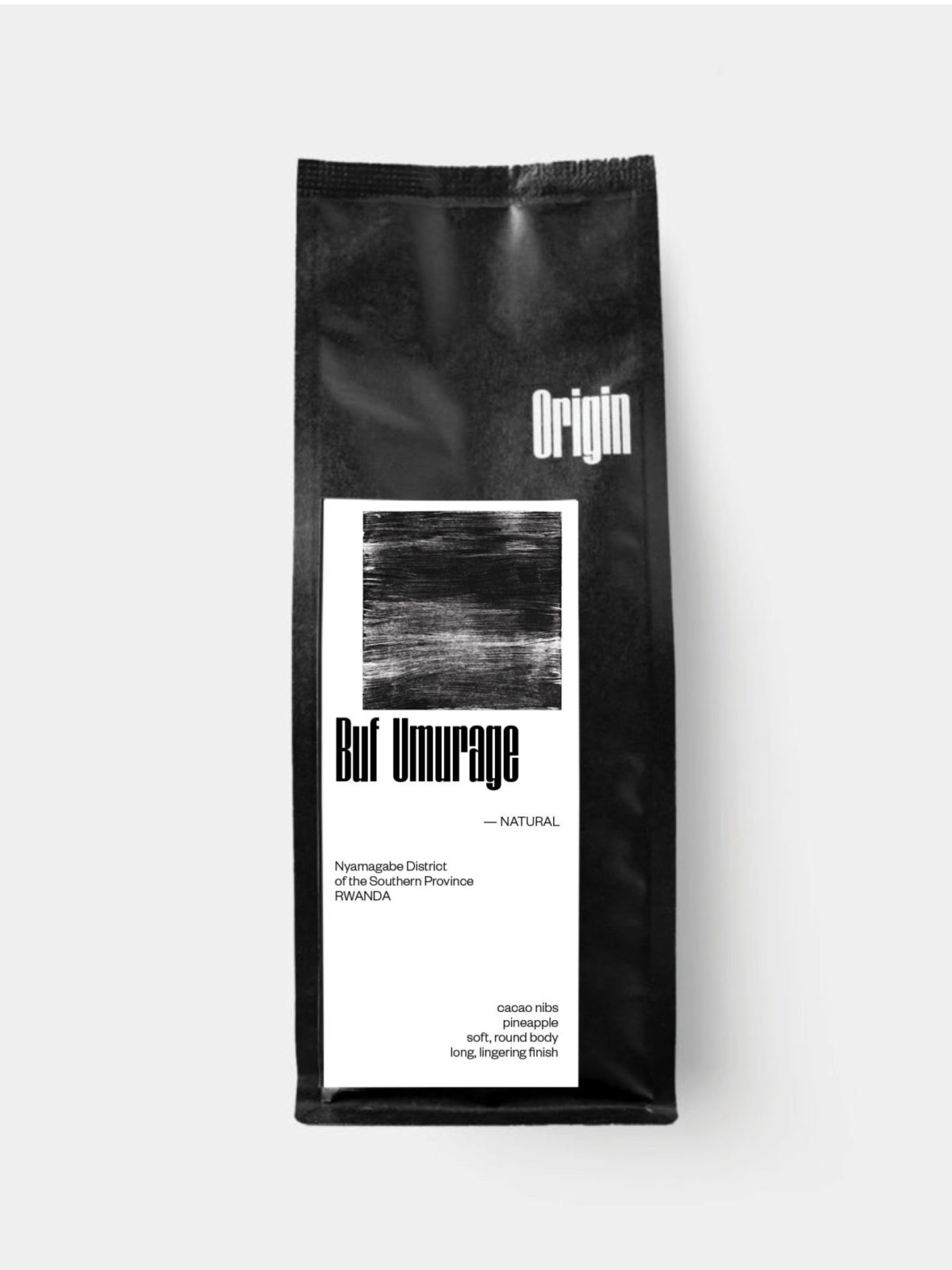 This transformational programme was aimed at switching the focus in the Rwandan coffee sector from an historic emphasis on quantity to one of quality – and so opening up Rwanda to the far higher-earning specialty coffee market. The programme and its successor, SPREAD, have been invaluable in helping Rwanda’s small-scale coffee farmers to rebuild their production in the wake of the devastating 1994 genocide and the 1990s world coffee crash.

Buf Café now owns four coffee washing stations (CWS) – Remera, Nyarusiza, Umurage and Ubumwe. The company, which was serving less than 500 farmers in 2003, is now procuring coffee cherries from almost 7,000 smallholder farmers in the Southern province of Rwanda, among them 1,069 are registered members. Umrage alone purchases coffee cherries from 412 registered smallholder farmers, as well as three different local cooperatives. Many of these farmers had been supplying coffee cherries to be processed at Remera and Nyarusiza washing stations. However, since these CWSs were located quite far away from many in the Huye District, Buf decided to construct a CWS close to them. It was in this 2017 season that Umurage CWS was constructed reducing the burden of farmers travelling large distances supplying their coffee.

Buf has very strong links with the local communities that supply it, providing jobs for 116 at Nyarusiza during peak harvest (May – June/July) and 9 permanent positions. A further 127 people are employed at Remera during harvest, with 10 permanent positions. (2014 figures – Umurage figures not available). At the end of each season, Buf shares any surplus profits with both the cooperatives that it works with and its washing station managers.

The level of care that all Buf washing stations take over their processing is impressive. Cherries are hand-picked only when fully ripe and go through stringent sorting at all stages of processing.

This lot is particularly rare. Rwanda is not well-known for its naturally processed coffees, as the government’s coffee program (post 1990s turmoil) historically focused on wet processing as a means of achieving higher and very consistent quality. As such, washing stations have been dissuaded from using the natural method, due to its traditional association with lower grade coffees. With the rise of specialty coffee, of course, it has become apparent that when undertaken with care and attention, natural processing can result in coffee of astonishing and unique quality. This exceptional lot illustrates the best that natural processing has to offer perfectly. It’s boozy, fruity profile is clean and sweet without a trace of over-ferment. The very high quality can only be attributed to Buf’s staff’s diligent attention to detail.

As at most washing stations in Rwanda, women do the majority of the hand sorting. This takes place in two stages – on the covered pre-drying tables and on the drying tables. Coffee cherries are washed clean and then moved to pre-drying tables under shade cover. Here, the roofs over the tables protect the beans from the direct sunlight. Next, after being pre-dried, the cherries are moved onto the washing station’s extensive drying tables, where they are sorted again for defects, turned regularly and protected from rain and the midday sun by covers, ensuring both even drying and the removal of any damaged or ‘funny looking’ beans. After reaching 11% humidity, the coffee is then stored in a purpose-built warehouse prior to final dry-milling and hand-sorting. Each coffee that arrives is also cupped by the Q-graders of Buf’s exporting partner, Rwashocco.

Once in Kigali, each lot is cupped by the expert team of cuppers at Rwashocco, the local partner of our green coffee sourcing partner Mercanta’s exporting agent, many of whom have been Q graders for a decade. These coffee professionals make sure that the very best coffees make their way to us.