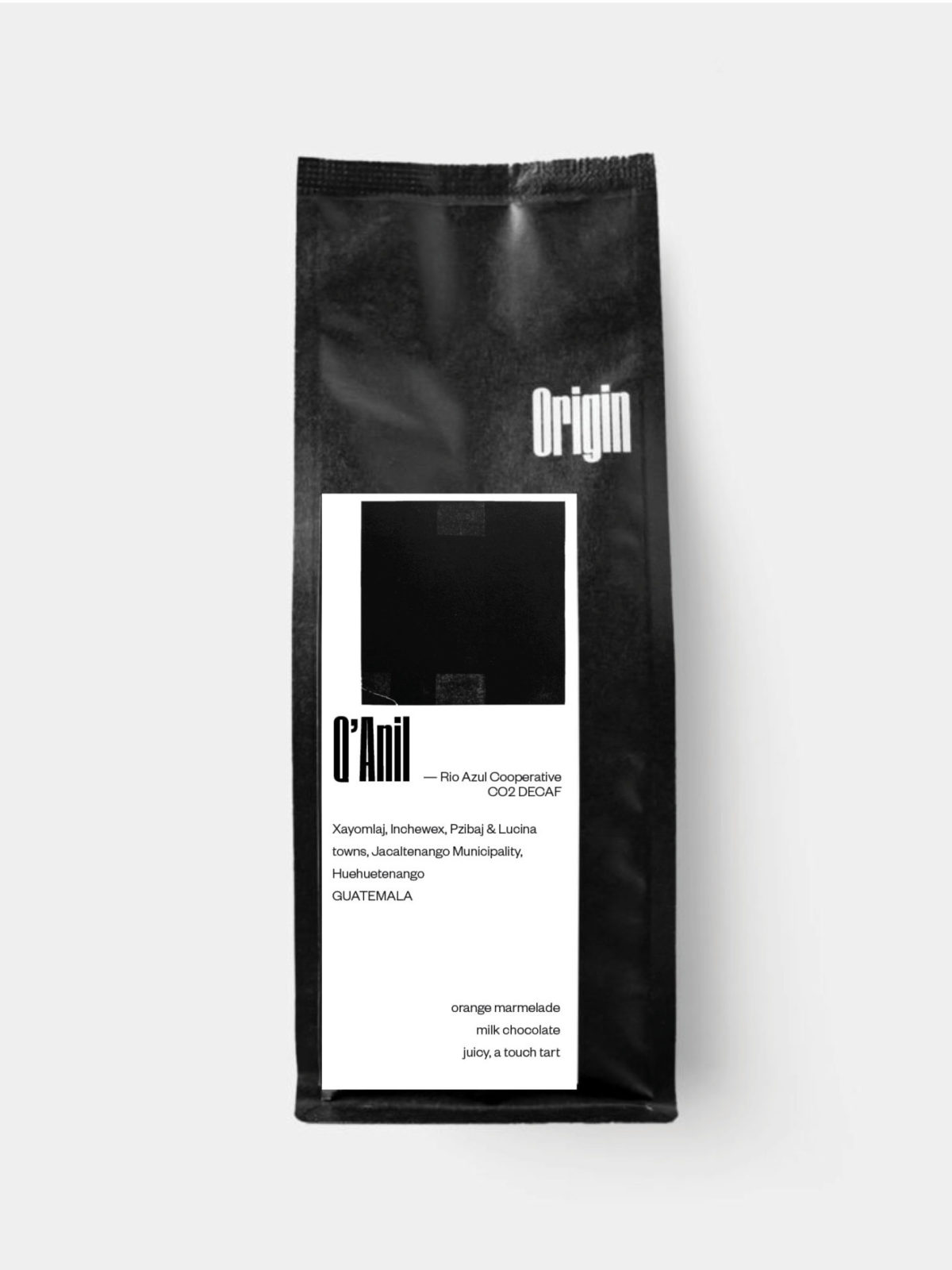 The Cooperative & Its Members

Located in one of the many valleys of the Sierra Madre Mountain range in Western Guatemala, sits the remote Municipality of Jacaltenango. Here, encompassing towns Xayomlaj, Inchewex, Pzibaj and Lucina, the cooperative Rio Azul produces some of the best coffee exported under the famed Huehuetenango name.

Founded in 1967, cooperative Rio Azul takes its name from the river that runs through the valley. Rio Azul has an exceptionally long history of producing high-quality specialty coffee in the area, having helped support families for over three generations. Today, the co-op boasts over 288 members, all from the Mayan group Jacaltec, also commonly called ‘Pobp’ al Ti’ or ‘Popti’ people. Each farm on average encompasses 1 hectare in size, with most farmers producing a mix of coffee, alongside other crops such as bananas, lemons, oranges, and avocados.

All 288 members live within 1.5 hours of the coop’s wet mill in Jacaltenango town, as well as the Kanil or ‘Q’anil’ ceremonial site, for which this lot is named after. Translating loosely to mean ‘under a stone’, Q’Anil is a famed hill in the region, seen as the protector of the municipality. Legend has it, that when there is a storm or heavy rain, strong thunder can be heard as the hill talks to the storm in an attempt to drive it away.

For processing, the coffee cherry is firstly selectively handpicked during the harvest months spanning from December to April. Once picked, cherries are then sorted according to maturity, removing by hand any cherries that are over or under-ripe, as well as any foreign bodies such as sticks and stones. Each afternoon, the ten sorted coffee is collected and transported to the central wet mill in Jacaltenango. Once there, the cherries are pulped, before being placed into vats to begin the fermentation process; usually for an average of 36 hours depending on the ambient temperature. Once complete, the coffee is then washed and laid out to dry for 10-12 days on patios, until optimum humidity is reached. Once dried, coffee is stored in its parchment in the warehouse. When the coffee is seen to be sufficiently rested, the bags are transported to Guatemala City to be drying milled, ready for export.

One of the vital elements and most important compounds of our natural environment is carbon dioxide. It is in the air we breathe, it is the gas that makes mineral water effervescent and, by assimilation, enables plants to grow. It is also a highly selective solvent for caffeine. Based on this phenomenon, CR3 developed its Natural Liquid Carbon Dioxide Coffee Decaffeination Process. In this patented process, the natural carbon dioxide is used under sub-critical conditions, i.e. in a liquid state at low temperature and pressure (relative to the supercritical process). These particularly gentle process parameters, together with the good caffeine selectivity of CO2, guarantee a high retention rate of the coffee components responsible for aroma and taste. The process can be described in detail as follows:

The raw, unroasted coffee is moistened with water and put into a vessel where it is brought into contact with pressurised, liquid carbon dioxide. By circulation through the coffee, the carbon dioxide draws the caffeine out of the bean. In an evaporator, the caffeine precipitates out from the CO2 which, after evaporation and re-condensation, is pumped again into the vessel containing the coffee for a new cycle.

When the required residual caffeine level is reached, the CO2 circulation is stopped and the coffee is discharged into a drier where it is gently dried until it reaches the original moisture content. The coffee is then ready for roasting.