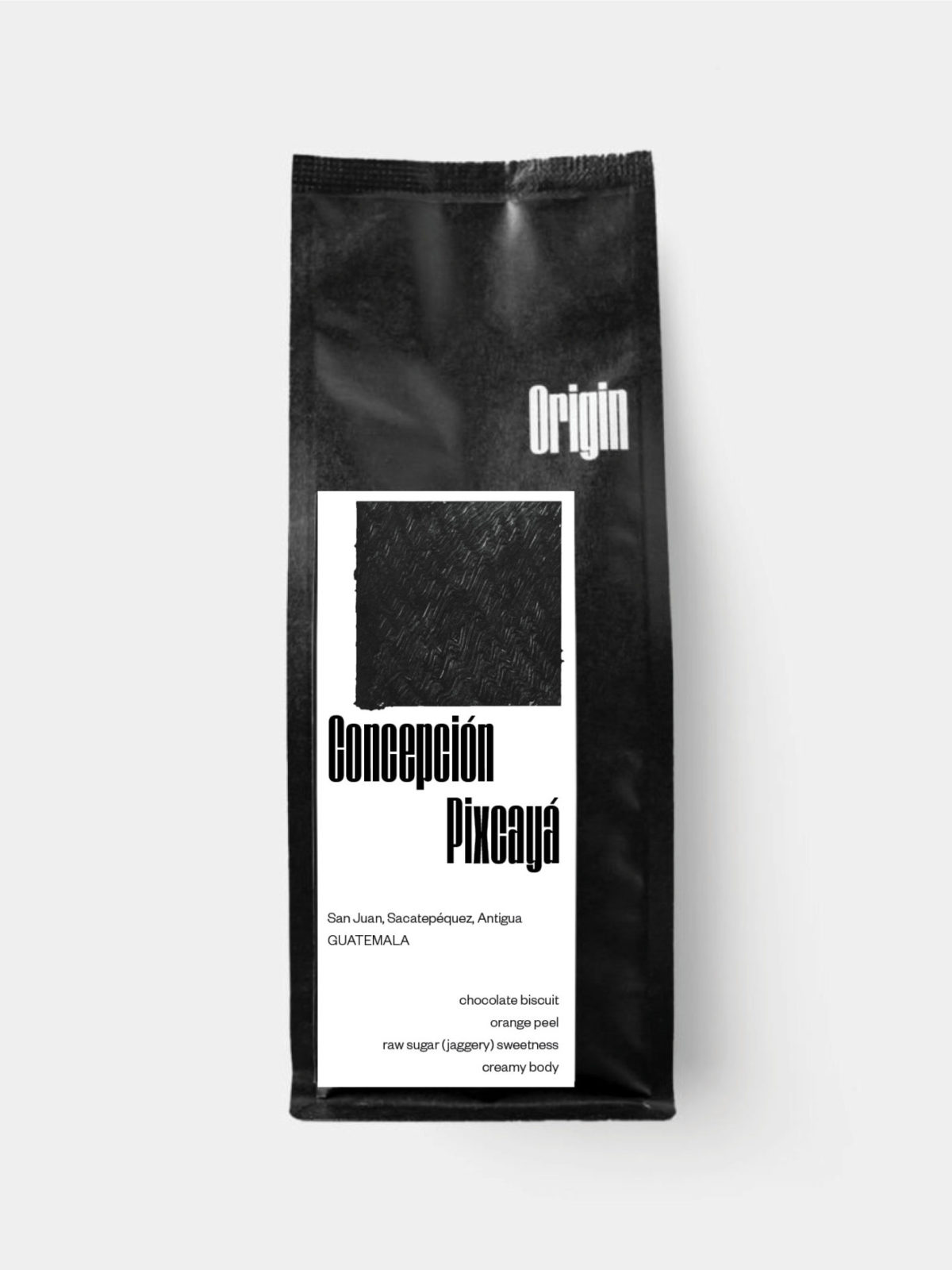 The Farm & Its Owners

Finca Concepcion Pixcayá was founded in 1926 by Sr. Carlos Mirón Armas and Sra. Maria Muñoz de Mirón. The farm’s current owner, Sr. Manuel Zaghi Mirón is the fourth generation of his family to work this land, and he maintains the farm in pristine condition with the help of his mother, Maria Mirón de Zaghi.

Before being bought by the Mirón Muñoz family, the farm was owned by the Catholic Church. At that time, there was an expansive Spanish-style house built by the former bishops running the church, but it was, sadly, destroyed in the 1976 Guatemala earthquake. The Mirón Muñoz family has erected a beautiful home on the property in its place, which is currently used not only as the family home but also as a (part-time) hotel and restaurant, serving employees of, and visitors to, the nearby cement factory. The farm keeps the name of the original location, and ‘Concepción’ contains reference to the convent which once stood here.

Although not far from Guatemala City, the drive up to the farm follows dusty, rough roads through a multitude of villages. The farm itself is mid-sized, covering around 150 hectares; however, the area under coffee only extends across just over 22 hectares at a prime coffee-growing altitude of 1,900 metres on average. The rest of the land is devoted to macadamia nut farming, which is the farm’s primary agricultural commodity and covers just over 51 hectares. There are various engineers overseeing silviculture and one designated to the macadamia and avocado trees, in addition to Mr. Zaghi who ensures the success of coffee production. The rest of the land is kept under forest cover as conservation area. The combination of soil, climate and altitude make for amazing coffee producing land, as evidenced by the farm’s performance at the Guatemala Cup of Excellence competition, in which they have placed no fewer than four times.

Various coffee varieties have been trialled at Concepción, Pixcayá over the years, but ultimately Manuel and his forefathers concluded that the traditional Bourbon variety performed the best with regards to cup quality.

In addition to the painstaking work on coffee, much of the work on the farm is done with an eye towards environmental responsibility. The farm avoids using herbicides and makes its own organic fertiliser, prepared from macadamia parchment, corn cane and other waste products from the farm’s agricultural activities. All water used in processing during the harvest season is reused and then, at the end of the day, deposited in special tanks to filter out the solids, which are then used in composting. Water conservation is a priority, and the farm has five big tanks to collect rainwater for use in processing during the harvest season (which occurs during the dry season in the region). The farm has recently undertaken bee cultivation on a protected part of the farm for environmental reasons, and reforestation activities have been a big focus for the Manuel since he took over ownership. In fact, in 2003, the farm was nominated by the FAO as the best farm reforestation project in Guatemala.

The farm, in total, hires 40 people year-round to oversee all agricultural activities. Manuel employs an engineer specialized in silviculture to manage the forest land and another for avocados and macadamia. However, Manuel will only entrust himself in overseeing all coffee-related activities. During the peak of the harvest, the farm brings in an additional 40 to 60 local villagers to help with picking.

After being selectively hand-harvested, coffee is delivered to the mill on the same day it is picked. All coffee is then sorted to remove debris and under-ripe cherries before pulping. The ripe cherries are then dry pulped, and what little water is used is circulated to be used for more than one batch per day. At the end of the day, the water is delivered to a separate pond in order to prevent water contamination. The pulped coffee is deposited in fermentation tanks and fermented for 24 to 36 hours depending on the weather and ambient temperature. After this, the coffee is fully washed in clean water, with wood pallets being used to manually remove any extra mucilage and delivered to be dried on the farm’s patios. Drying time can be as little as 4 days, but only if the weather is sunny and warm (which is rare). More frequently the coffee is dried for 5-8 days, being turned regularly so as to ensure even drying.

In future, the family has the goal of establishing a section of the farm for commercial flower production. Doña Maria is a keen gardener and grows a multitude of orchids and other flowers in the garden around the house. Manuel’s two sons are currently studying agriculture at university, and he hopes that they will both return to help run the farm, perhaps helping this new venture get off the ground. Of course, coffee will always be central to the farm’s strategy and the farm’s heritage for generations to come.