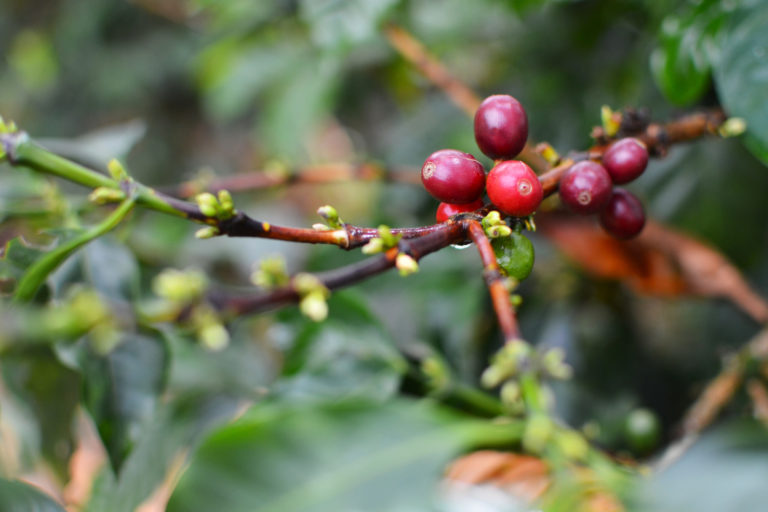 Fazenda São Silvestre has been farmed by the Andrade Brothers since 1991. It is located in the north of Minas Gerais, in an area known as the Cerrado Mineiro on the border with Bahia state.

The farm’s volcanic soils provide ideal conditions for growing the farm’s main varieties – Yellow Icatú, Yellow Bourbon and Típica. The beans are harvested when ripe and prepared using the pulped natural process: the cherries are pulped, and the mucilage is left on the beans while they are dried. Depending on climactic conditions, the coffee is either totally sun-dried or completed in two stages where the beans are initially sun dried, bringing the moisture content down to approximately 20%, and then finished in mechanical dryers, bringing the moisture content of the beans to a maximum of 12%.

Combined with the natural conditions of the region, meticulous crop management, forward-thinking crop planning and post-harvest selection, the final result from all Andrade family farms is excellent quality, award-winning coffees that are appreciated both within Brazil and internationally as some of the best coffee the country has to offer.

This community lot was produced by four smallholder members of the COOAUNFE. All four members come from the small villages of Monterrico and Vira Vira in the highlands surrounding Peru’s La Coipa District. The area is characterised by its high, steep slopes, with the villages themselves being situated at 1,800+ metres above sea level. Many families here farm fresh water trout, as the cool weather lends itself to small scale fisheries of the sort.

Cuenca Botijas in Spanish translates roughly to ‘Pitchers River Basin’ – a reference to the fresh, clean water that runs off through the steep slopes in this high part of Northern Peru.

The group’s short-term goals include continuing to improve their coffee quality and steadily growing as an organisation so as to impact more producing families’ lives. In the long-term, they wish to be recognised at both national and international levels as notable producers of high-quality coffee.

The municipality of Inzá is located in the corner of the Department of Cauca, bordering with Tolima and Huila and looking out to the west over the Pacific Ocean. Situated on the “Macizo Colombiano” (the Colombian Plateau), which surrounds the high peaks of Tolima and Huila, the region is an important source of water and wildlife, in addition to being prime coffee growing land.

The association of coffee growers, ASORCAFE, was founded in 2004 by 10 coffee growers with an entrepreneurial spirit who were tired of private parchment buyers who were paying them below national prices. The region’s violent past, with a heavy presence of FARC guerrillas, had historically prevented the FNC (Colombia’s excellent national coffee board) and specialty-focused exporters from establishing a presence in the region. As violence has diminished, it has enabled the growers in the region to seek increased access to markets for quality, not only taking advantage of the region’s wonderful coffee-growing conditions but also the economic resource that nearby tourist destinations bring (for instance, the World Heritage Site “Parque Nacional Arqueológico de Tierradentro”).