Peru has historically not been known as a producer of exceptional quality coffee, but with a coffee powerhouse neighbour like Colombia next door, the potential is there. Our green coffee sourcing partners Mercanta have been engaged in the country for a number of years and they send a member of their team to Peru every year to select the very best lots of new crop (we hope to join them one day soon).

This 2019 lot was produced by two smallholder farmers, Elmer & Tomas, whose neighbouring farms are located in the town of Las Naranjas; high in Peru’s Cajamarca region. 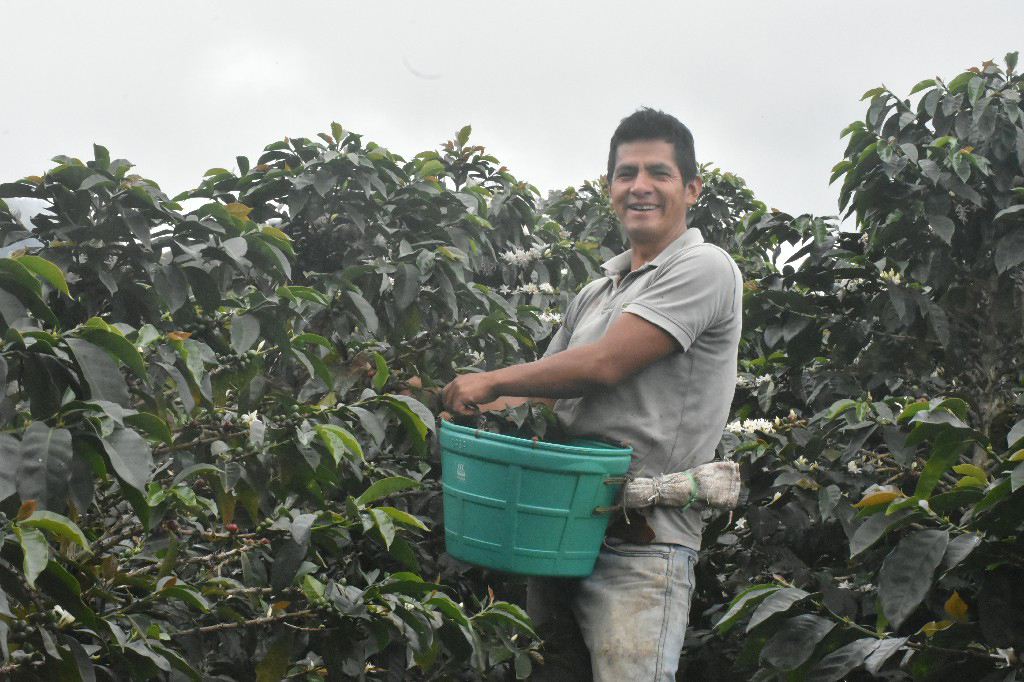 Unlike many farmers in the region who grew up in coffee producing families, Elmer only turned his hand to coffee in 2010, when he purchased his first farm plot. When Eric first bought the land (an impressive 12 hectares), the land was entirely forest: hence why he named it ‘El Bosque’ meaning the forest. Today, through extensive cupping, Elmer’s farm has been singled out as one of the top lots in the region. Alpes Andinos Manager, Eric Jara, recognises Elmer as one of his very best producers; praising him for his high scoring coffee. Although Elmer’s current crop of Typica, Red Caturra and Bourbon is already producing a great cup, Elmer is considering cultivating another 2 hectares of Yellow Caturra and Yellow Bourbon. The drive to develop great coffee is one promoted by the association; believing that producing great quality, leads to producer empowerment and wider benefits for all coffee families. 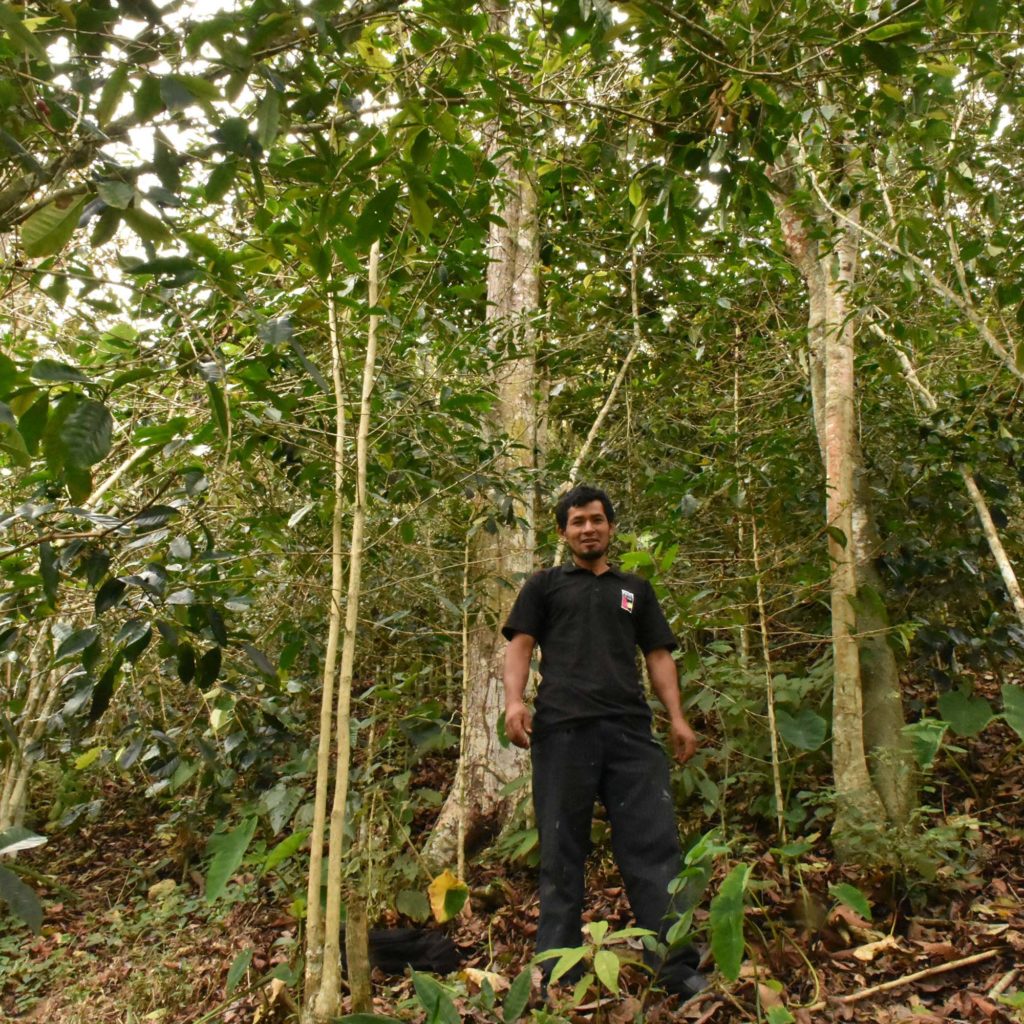 Tomas Bueno has a very different story. Tomas bought his plot (1 hectare of Typica) when he was just 15 years old. Tomas has now farmed coffee for close to a decade. Although a small farm compared to Elmer, Thomas has spent time honing his craft; using his 1 hectare to produce a fantastic cup.

Like so many in this region, farm names are chosen in honour of trees or natural features on the farm that stand out among the wilderness. This is often the case in the region. Farm names will be symbolic, referring to unique trees or features that help distinguish the farm. Profit from coffee farming in the region is often small; however, families have created a living from for themselves and their families, relying almost solely upon coffee for income. Although other produce is grown, coffee cultivation is often the sole means of income, with all other fruits of their labour reserved for personal consumption.

Both farmers belong to the Alpes Andinos producer organization. Founded in January 2019 by just 25 farmers, today the association encompasses 115 farms from various villages; located to the north of the Cajamarca department. One of the primary goals for the newly formed Alpes Andinos association was to re-focus on producing highly valued coffee for the specialty market. Much of the drive to produce quality can be seen via the level of attention to processing. Varieties are selected to suit the climate and also to produce an excellent cup profile. This is either by sharing varieties between farms or by buying new varieties from other parts of the country and testing their quality. Alpes Andinos members have been encouraged to replace Catimor with high quality varieties such as Caturra, Pache, Typica and Bourbon. Although these are more susceptible to coffee leaf rust, the association is working to train producers on fighting this plague using purely organic methods.

All association members are also trained in renovation techniques and each has a nursery that they have seeded themselves. Pruning takes place at the end of each harvest in order to ensure productivity and plant health. Farms work in 15 year rotations focusing on each variety individually. When a plant reaches the end of its 15 year life cycle, it will be dramatically cut back; either by ‘El Descope’ (to take off the top part of the tree, allowing for new growth at the bottom) or ‘Zoqueo’ (cutting the stems back to just 30 centimeters from the ground, in order to stimulate the emergence of new stems). In preparation for this event, trees of the same variety are planted two years in advance, meaning there is an uninterrupted supply of mature cherry.

Soil analysis is regularly conducted with fertilizer applied in March and after the harvest in November. The fertilizer is made up of a mix of compost and ‘guano de las islas’, meaning guano from the islands. Located just off the coast of Peru are a collection of small islands, home to large sea bird populations. These birds produce large amounts of excrement, or, guano, which settles on the ground as a nutrient rich top layer. Guano is collected on the island and transported to the main land to be used as a fertilizer.

Coffee processing techniques in the region are tried and tested methods of production, often passed down through the generations. Harvest season for Las Naranjas spans from June to October. The process begins with the cherries being selectively handpicked, before being sorted by hand into ripe and over ripe. Next, the coffee is pulped: each producer has their own de pulper located on the farm, often close to the house. Once the coffee has been de-pulped, the beans are placed in a wet fermentation tank for anywhere between 30-36 hours, depending on the climate. Finally, the coffee is washed and placed on raised beds to dry for around a month (25-30 days) depending on the level of rain.