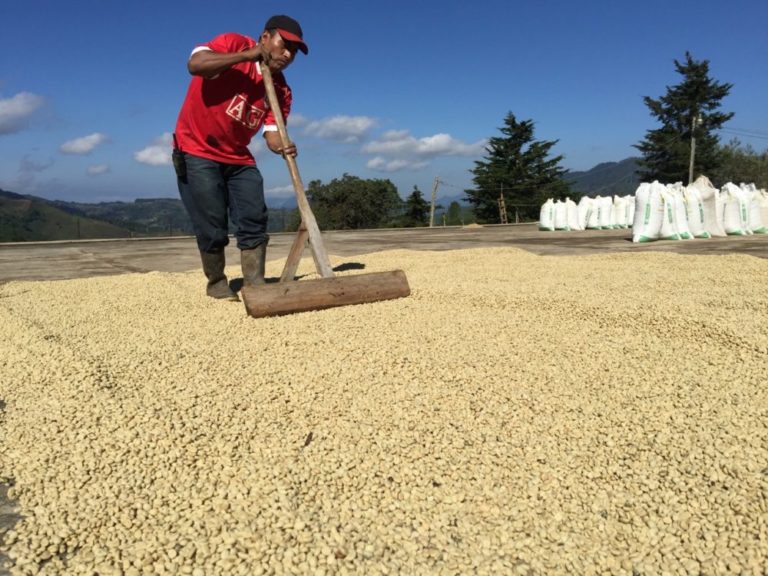 Owner, Pablo José Ferrigno Figueroa, a third generation coffee grower, has his roots in coffee. His grandfather came from Italy and had established several farms alongside a coffee exporting business. His father also had a farm. Pablo had cultivated an interest in coffee from an early age and had worked on his family’s farms for years as a young adult. However, all of the family’s experience was with low grown coffee in Guatemala’s warm coastal areas. Speciality coffee required a different climate, not to mention a different approach.

The only question was where to begin this new endeavour. Being a young entrepreneur and something of a maverick, Pablo opted for Alta Verapaz – a region that despite its wet cool climate gathered together all the growing conditions he was looking for. He found a medium sized plot of land for sale in the town of Tactic – not at all a common place for coffee production due to its unusually cold weather. Many friends and family (not to mention other coffee farmers) were sceptical about the location and his plans, and Pablo knew that the road ahead would be difficult. Nonetheless, on October 15th 1991, he carried a bag of coffee seeds to the area in order to start his nursery and, in that moment Finca Santa Sofia was born. Pablo named the farm for his first daughter, who was born in the same year.

Even today, Santa Sofia is the only coffee farm in the immediate micro-region and produces one of the best coffees in the region. Coffee is selectively harvested, with only the ripest cherries being picked. After harvesting, the red cherries are taken to the farm’s receiving tanks where they are then mechanically pulped. Coffee is fermented for up to 48 hours and after fermentation, the coffee is washed and then soaked in clean water for 24 hours to remove any traces of mucilage before being dried.

Finca Santa Sofia dries most of their coffee on patios, though due to the region’s almost constant rain, the farm often has to use guardiolas to finish drying, which is accomplished according to a very strict and controlled drying schedule.

In the cup expect dried mango, toffee apple and spicy flavours with a light-medium and sticky body. Enjoy a cup at Origin in De Waterkant and Bree or grab a bag of beans for your home or office.