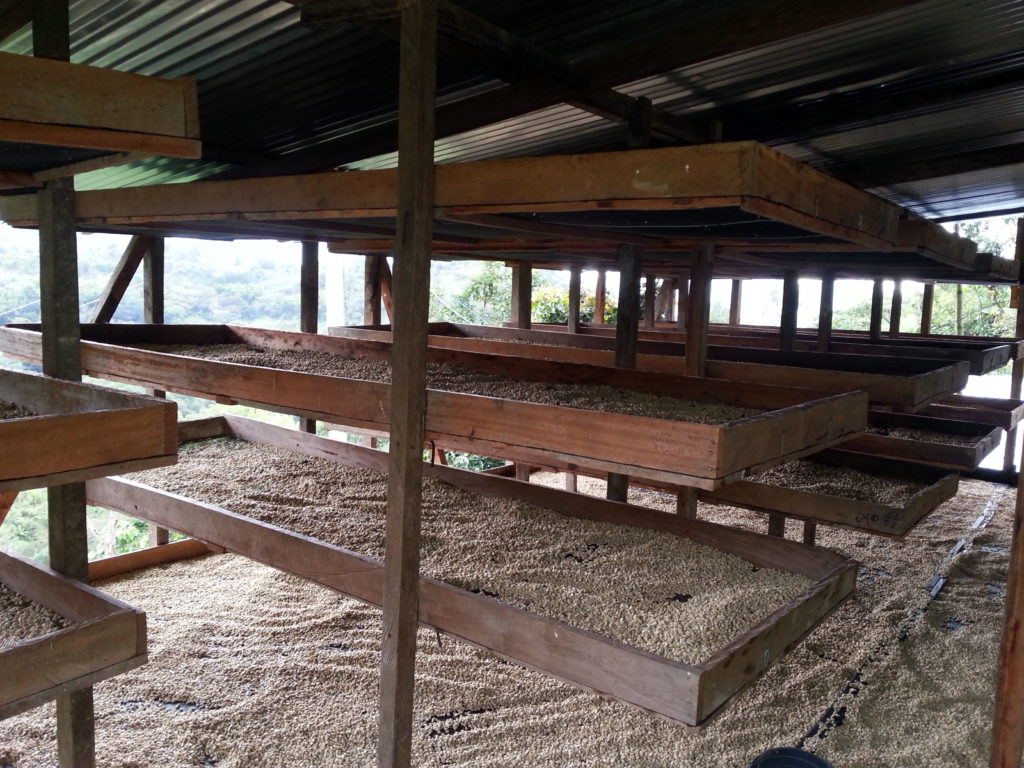 This microlot was produced by Carlos Alberto Ulchur, a smallholder member of the ASORCAFE – Inzá, Cauca producer group. This very special lot was selected out from the rest of the organization’s producers as being of exceptional quality and a great example of what this often overlooked region has to offer. The municipality of Inzá is located in the corner of the Department of Cauca, bordering with Tolima and Huila and looking out to the west over the Pacific Ocean. Situated on the “Macizo Colombiano” (the Colombian Plateau), which surrounds the high peaks of Tolima and Huila, the region is an important source of water and wildlife, in addition to being prime coffee growing land.

ASORCAFE ( Asociación de Productores de Café del Oriente Caucano ) represents, in total, some 450 producers from across the Department. This specific lot, however, has been selected only from Sr Ulchur’s production this year. Every single producer delivering to the group has their lot cupped by the association’s cupping lab in Pedregal. Lots scoring 85 points or more are reserved for the Inzá, Cauca microlot allocation.

Caturra- Originally discovered in Minas Gerais, Brazil as a natural mutation of the Bourbon variety. It is considered a “dwarf bourbon” because it is shorter, has more secondary branches than Bourbon and the branch points are closely spaced. It’s this characteristic that confers it higher productivity levels as it can produce  more cherries in the same space and trees can be grown closer to each other. It was first introduced to Colombia in 1952 and widely accepted by coffee growers since the late 1960’s. Approximately 45% of the total trees grown in Colombia are of this variety.

Colombia: A variety obtained by crossing Caturra and the Timor Hybrid. It is highly productive and resistant to coffee leaf rust. First released in 1982. Unlike Catimor, this variety is a compound variety, a result of many progenies.

The Colombia variety typically imparts a liqueur- like quality to the brew, with a somewhat simplistic acidity profile. However, there are some exceptions to this attempt at a generalized description. Berry and winey-grape notes seem to be common.

In the cup: expect hibiscus, grapes and caramelized sugar with a buttery mouthfeel. An interesting tangy, berry- like acidity enhances the cup further.

This is an excellent example of Colombia’s finest, and the best bang for your buck you’re likely going to find for this high level of quality.