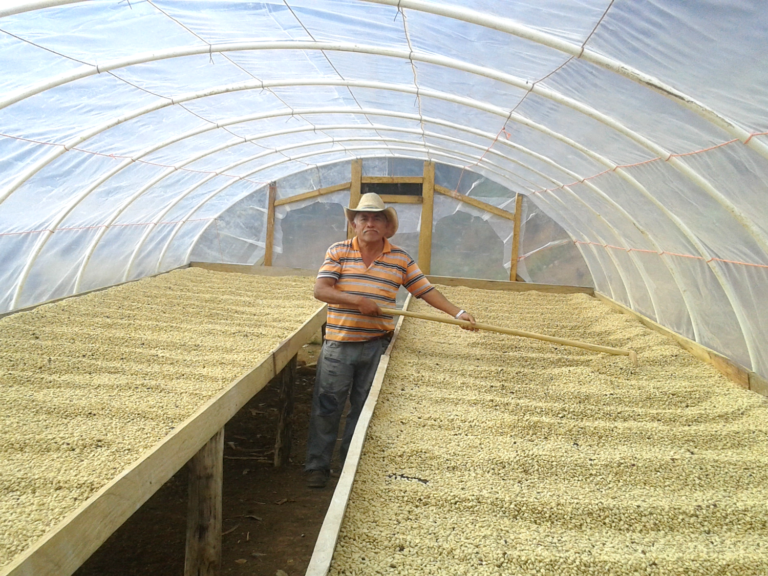 Honduran coffee was, until relatively recently, aimed at the commercial market and the country in general was perceived as being a low-price commodity exporter. Through the 90’s, the rest of Central America started becoming known for producing fantastic, specialty lots of coffee, while Honduras fell behind dramatically. It has to be noted that there is no doubt that Honduras has the ideal conditions for growing specialty coffee. The biggest factor in this issue was a lack of processing infrastructure with an aim towards optimizing and enhancing quality.

This consequently affected the preferences of quality- focused buyers. I too, can count myself as one of them.

The potential of the Honduran specialty scene was also held back due to the immense damage caused by Hurricane Mitch in 1998. It’s estimated to have destroyed 80% of the country’s agricultural industry. The coffee leaf rust crisis that ravaged the country in 2011/12 was yet another factor with many farmers now planting resistant varieties in copious amounts, in an attempt to double up on survivability.

It’s quite obvious that Honduras has been through a great deal, but thankfully, conditions are changing.

Initiatives launched by IHCAFE (The Honduran Coffee institute), including and not limited to the country’s first participation in the Cup of Excellence program, have done wonders to solidify the country’s reputation as a producer of excellent quality coffee.

Lempira is cross between Timor Hybrid 832/1 and Caturra, which technically makes it a sub-variety of Catimor. It was originally grown for it’s high yield, but also has a moderate resistance level to coffee leaf rust. This variety shares its name with Honduras’ currency and the western coffee-growing state of Lempira in Honduras, and of course, is grown, I suspect, exclusively in Honduras.

This is the first time we’ve had an isolated Lempira varietal coffee. I’ll likely keep some aside to roast in 3 different ways for a future cupping, so stay tuned for that. This is a great way to explore the versatility and range of a coffees flavour.

A classic fully washed coffee that’s immaculately processed using a single variety, grown and tended to with a competition focus.

The winning lots from the cup of excellence competition are coffees scoring 86 points out of 100 and above (which is really quite high) in each cupping by both the National Jury and the Cup of Excellence International Jury. These coffees have each been cupped a minimum of five different times during the cupping process. In a way, it can be likened to the Michelangelo International Wine and Spirits Award (MIWA) in South Africa.

In the cup expect- Butterscotch, pear and baked peach, with a lovely, elegant, stone-fruit acidity, which can become more vibrant, depending on brew parameters.

Roasters and Baristas can only do so much. The initial and most important contribution towards the cup profile is from the farmer. Guadalupe Rodriguez nailed this one on the head. I’m sure he’ll place even higher in the next competition.