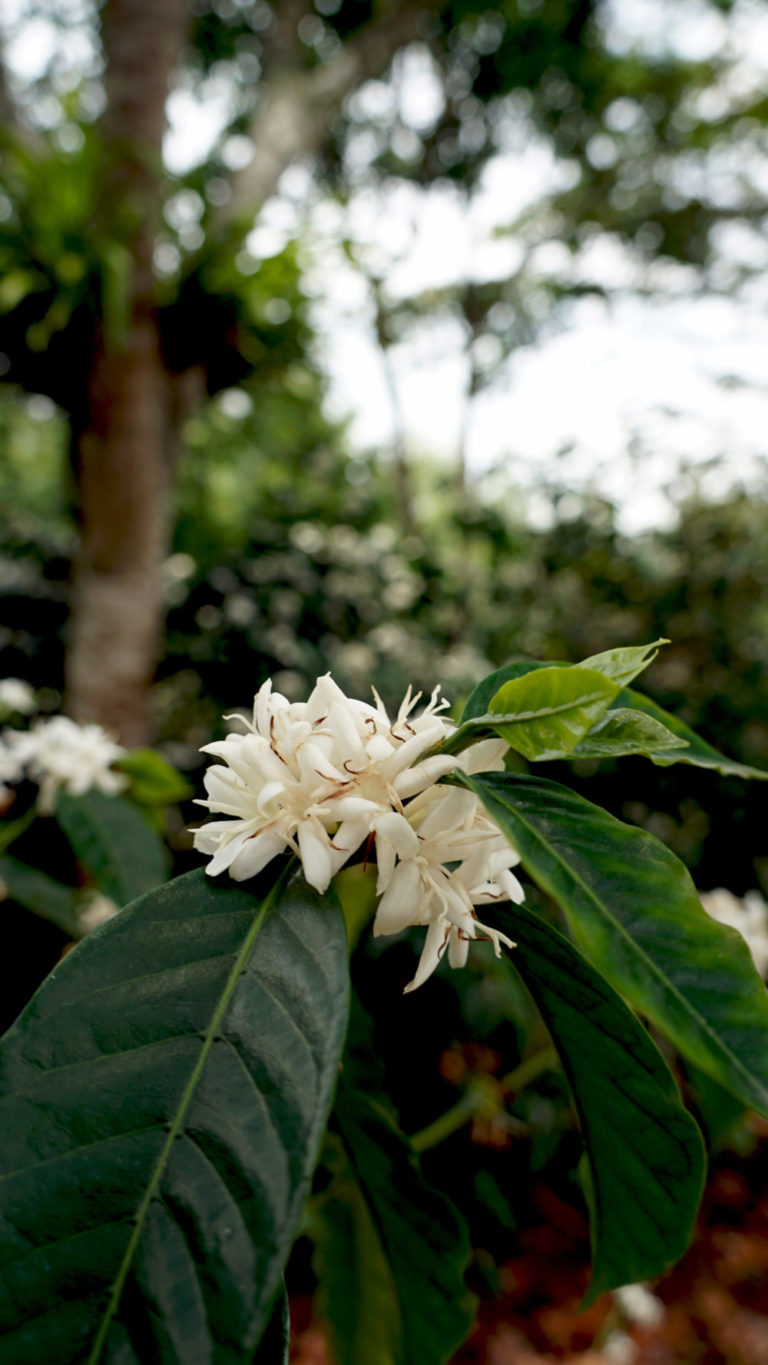 Finca Concepcion Pixcayá was founded in 1926 by Sr. Carlos Mirón Armas and Sra. Maria Muñoz de Mirón. The farm’s current owner, Sr. Manuel Zaghi Mirón is the fourth generation of his family to work this land, and he runs the farm with the help of his mother, Maria Mirón de Zaghi.

The farm avoids herbicides and makes its own organic fertilizer, prepared from macadamia parchment, corn cane and other waste products from the farm’s agricultural processes. All water used in processing during the harvest season is reused and then, at the end of the day, moved into dedicated tanks to filter out the solid material, which is then used in composting. The farm has five big tanks to collect rain water for use in processing during the harvest season (which drops during the dry season in the region). The farm has recently undertaken bee cultivation on a protected part of the farm for environmental reasons, and reforestation is of high importance to Manuel.

Various coffee varieties have been trialled at Concepción Pixcayá over the years, but ultimately Manuel and his forefathers concluded that the traditional Bourbon variety offers the best cup- quality. Bourbon is more susceptible to pests and diseases than most other varieties used in Guatemala and consequently, this is why the family have limited the land that they plant under coffee- to be able to tend to Bourbon’s needs more effectively. The farm is replanted from specially selected seeds from the best coffee trees within the farm and each tree is given exacting attention.

Antigua is likely Guatemala’s best-known and arguably one of the highest quality coffee producing regions . Rich volcanic soil, low humidity, a great deal of sun, and cool nights characterize the region and make for some of Guatemala’s finest coffees. The valley around the town of Antigua (from which the region gets its name) is surrounded by three volcanoes: Agua, Fuego, and Acatenango. Every once in a while, Fuego —one of Guatemala’s three active volcanoes— adds a new layer of mineral-rich ash to Antigua’s soil.

In the cup, expect cherry, macadamia nut and cinnamon. This coffee is fairly versatile, probably due to the use of the bourbon variety. An award winning, single, high quality variety, wet processed for maximum genetic expression from (arguably) one of the highest quality producing regions.