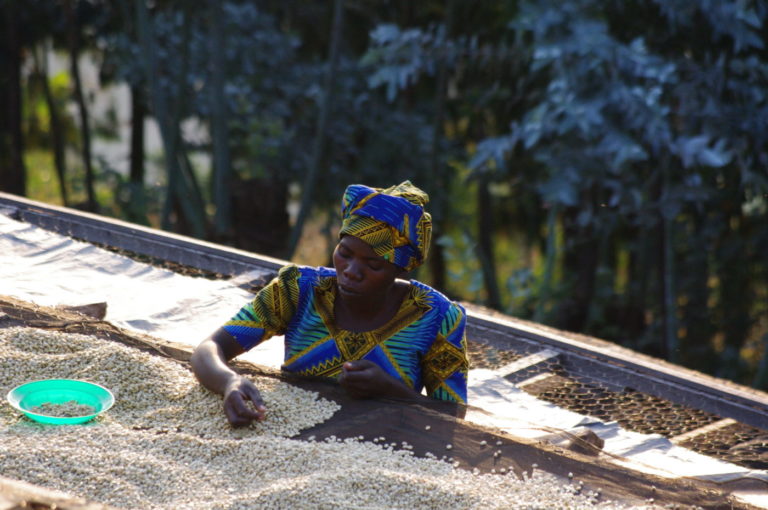 Historically this coffee has affectionately been known as Musasa. We’ve been buying from this co-op since the beginning of time (2009 if my memory serves me right). And for a good reason – it’s consistently awesome.

Most of the cooperative members own less than a quarter of a hectare of land and cultivate an average of only 250 – 300 coffee trees. Maize and beans are other common crops coffee farmers in Rwanda grow.

A note on geographical distinction in Rwanda.

Rwanda itself is a very small country and it’s almost impossible to come to any conclusions regarding geographical distinction. Regional differences in cup profile could be there, and if they are, they are likely very slight. I think part of the confusion is that the whole country pretty much grows Red Bourbon as they believe it’s the best varietal suited to Rwanda. And as you have likely gathered by now Red bourbon is known for its excellent balance and sweetness.

Most differences in cup profile with coffee from different regions in Rwanda will likely be perceived due to cultivation and processing practices.

In the cup, expect Honeycomb, red cherry and gooseberry with an elegant citrus acidity and velvety mouthfeel. A good purchase when looking at pleasing a varied crowd.