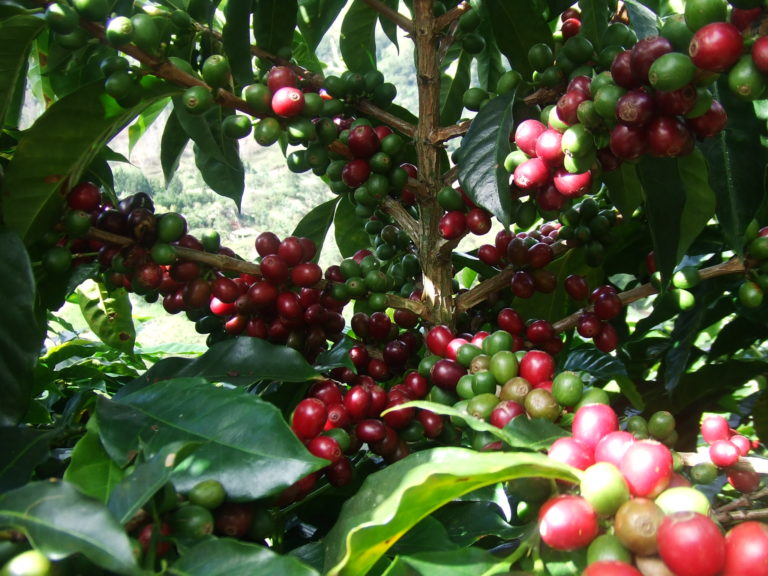 Finca Las Nubes is located high in the mountainous region of Esquipulas on Guatemala’s eastern border – almost edging on Honduras. The area is populated with pine and cypress trees and is a natural haven for many species of wild birds. The farm is remote – some 236kms from Guatemala City and around a 10-hour drive round-trip.

‘Las Nubes’ means ‘The Clouds’, and is so-called because its location high in the mountains means that it is often draped in clouds. When owner Don Fabio Solís gave up his job as a lorry driver and bought the finca in the 1980s, there were no roads up to his land, no house and no coffee trees. It took Don Fabio Solís & his wife, Doña Sonia four hours to walk up to the farm and three hours back. Gradually, they built up the finca, first selling semi-processed coffee on the local market. Their breakthrough came in 2001 when, out of nowhere, Las Nubes won Guatemala’s first Cup of Excellence competition, with a massive score of 96 out of 100. It was unheard of, as Esquipulas is not widely known for its coffees.

From the beginning, Don Fabio has engaged in continual research and investigation into improving quality. The farm is situated at an elevation of 1,500m above sea level and has a sandy-clay soil type. At this altitude, the climate is temperate with low night time temperature ideally suited to the cultivation of the highest quality strictly hard bean (SHB) Arabica coffee. The farm measures just 45 manzanas of which 20 are permanently under coffee. Average production is 50 quintales of pergamino per manzana.

According to Don Fabio, the secret to quality (apart from hard work) lies in the land itself. He says, “We believe that it is the land (tierra) that generates quality…. Our responsibility, as farmers, is not to damage this – we must nurture what the land gives us.” Doña Sonia thinks that the couple’s egalitarian approach has also had its benefits. “What we want is for everyone to treat coffee the way we treat it. And to let women farm too,” she adds. “We can do a lot more than make tortillas and tidy the house. Because even if Fabio goes away, the finca stays behind, and it needs looking after.” Their partnership has resulted in some of the best coffee Guatemala has to offer.

In recent years, an eco-tourism lodge has been established at Finca Las Nubes offering hiking through the coffee-growing areas, excursions into the nature reserves, as well as a chance to learn about and participate in the cultivation and processing of the coffee itself. This means the Solis have the opportunity to continue passing on their vision and sharing their passion for this extraordinary place.

In the cup expect toffee apple, raspberry, Nutella flavours with a mint finish and soft, red apple body. This coffee is best suited to Aeropress, siphon and pourover. Enjoy a cup at Origin in De Waterkant and Bree. Grab a bag of beans for your home or office. View our full coffee offering here.