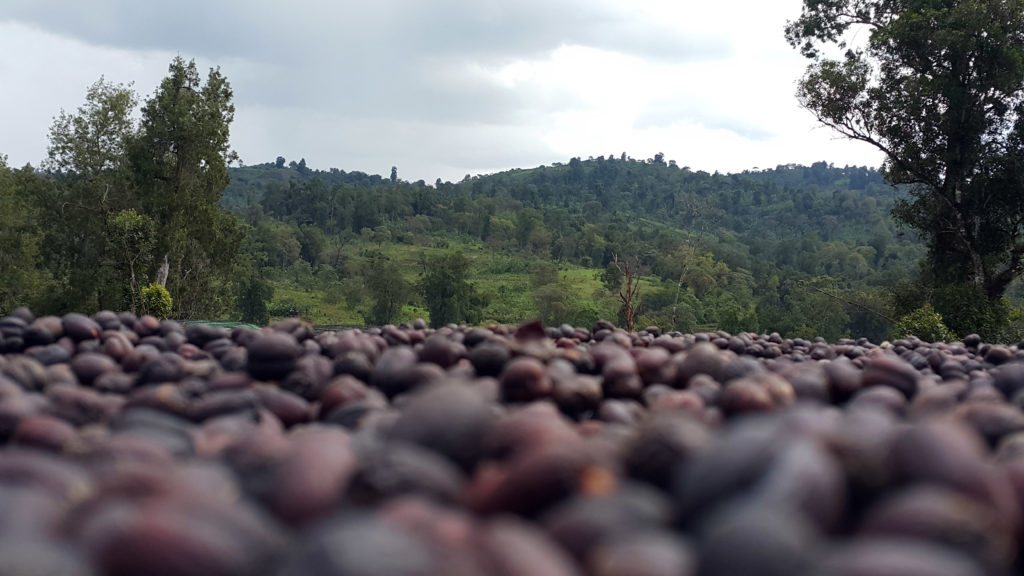 This exceptional lot was processed, dry milled and exported by Legu Trading. The coffee was grown by smallholder farmers living around the town of Adado in Gedeo County, Yirgacheffe region, Ethiopia. Most contributing farmers own less than a hectare of land, and they grow coffee simply as a backyard cash crop. Coffee will usually be interspersed with other subsistence crops, such as sweet potato, mangos and avocados. Income from coffee is important but minimal for most farmers due to the small size of their farms. As such, inputs are minimal – most coffee grown in the region is 100% organic, though not certified, as farmers simply don’t have the money to apply chemical fertilisers, pesticides or herbicides. 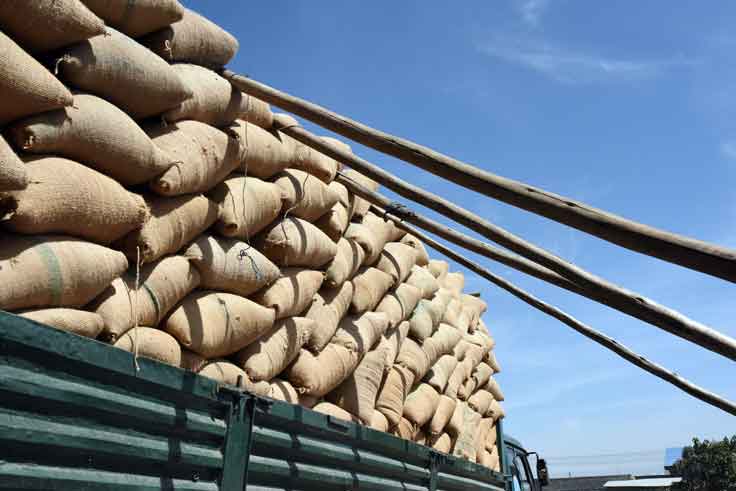 Coffee is selectively hand-picked before being delivered to collection points, usually within 10 km of the producers’ homes. Great care is taken upon delivery to separate out any overripe, underripe or damaged beans before consolidating with other lots for the road to the wet mill. At least once a day, the collected coffee cherry is delivered to the mill. It is then pulped and delivered to a fermentation tank, where it ferments for 12-18 hours depending on the climate at the time. After fermentation, the coffee is fully washed through grading channels and is then delivered to dry on African beds. Once here, the parchment is turned regularly and protected from hot sun until it reaches the optimal humidity, at which point it is bagged and rested.

Varieties of coffee grown here are traditionally referred to as ‘heirloom’ by exporters – a catchall terminology which often masks the wide assortment of varieties that may be present within various regions…even, within farms. Many of these varieties will have been developed by Ethiopia’s Jimma Agricultural Research Centre (JARC). Since the late 1960s, JARC has worked to develop resistant and tasty varieties for the Ethiopian coffee industry. They also provide the agricultural extension training needed to cultivate these varietals. The dual factors of Ethiopian Commodity Exchange (ECX) forced anonymisation of lots combined with the relatively low awareness of formal variety names outside Ethiopia. 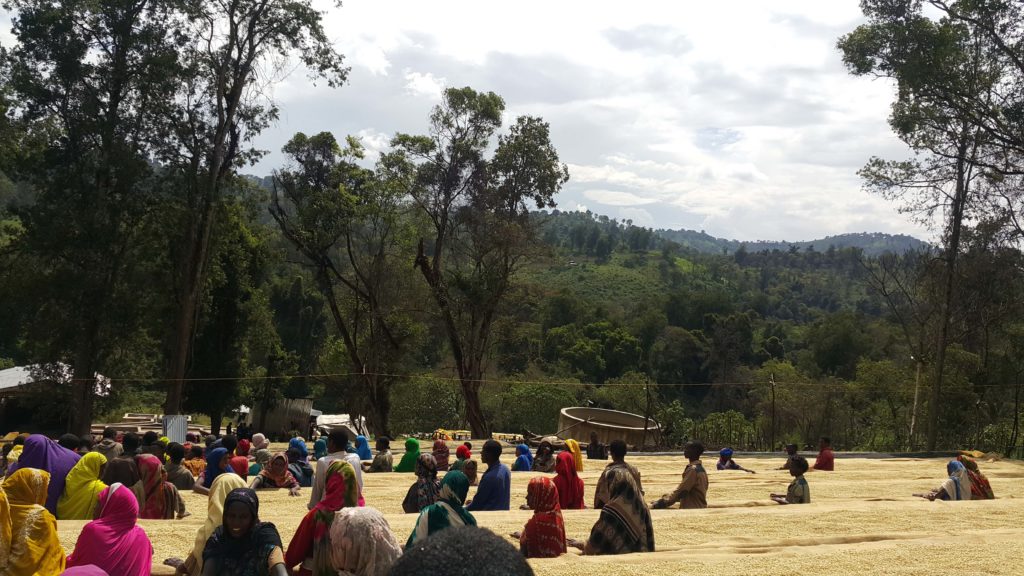 Yirgacheffe is actually part of the Sidamo region in southern Ethiopia. Its exquisite washed coffees are so well-known that  Yirgacheffe has been sub-divided into its own micro-region. This steep, green area is both fertile and high – much of the coffee grows at 2,000m and above.

At first glance, Yirgacheffe’s hills look thickly forested. In fact, it is a heavily populated region and the hills are dotted with many dwellings and villages’ growing what is known as ‘garden coffee’. There are approximately 26 cooperatives in the region, representing some 43,794 farmers and around 62,004 hectares of garden coffee. The production is predominantly washed, although a smaller amount of sundried coffees also come out of Yirgacheffe. In Yirgacheffe, coffee is one of the main cash crops – covering from half a hectare to 1.5 hectares. This is usually planted alongside a second cash crop – often a large-leafed tree used in making roofs (and also shade provider for the coffee).

There is only one main harvest a year in Ethiopia – this usually takes place in November and December across all of the country’s growing regions. There are, on average, 4 passes made during the harvest period, and, in regions that produce both washed and naturals, the last pass is used for the natural coffee. Washed coffees are then generally pulped on the same day that they are picked, sorted into three grades by weight (heavy, medium and floaters), fermented, washed and then usually graded again in the washing channels. The beans are then dried on African beds, where they are hand-sorted, usually by women.

In the cup expect red berry, lemongrass, tinned pineapple flavours with a light, elegant body. This versatile coffee is suitable for any brewing method. Enjoy a cup at Origin in De Waterkant and Bree. Grab a bag of beans for your home or office. View our full coffee offering here.