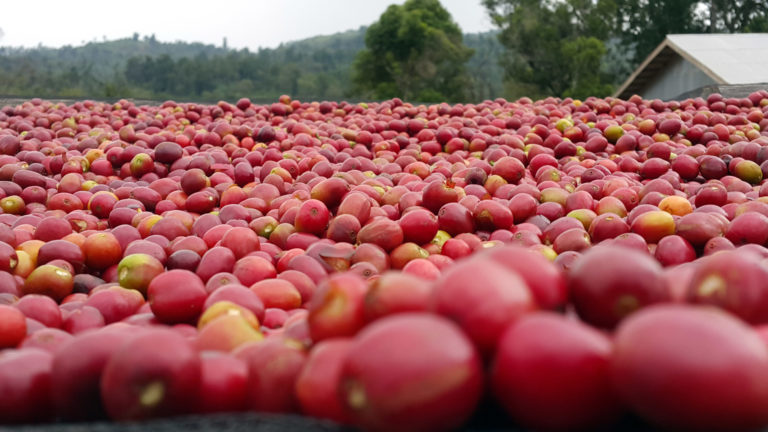 A look at the specs of these two delicious coffees-

Like Yirgacheffe, coffees from the Guji area were previously categorised together with coffees from Sidamo (a very wide geographical classification encompassing much of central-south Ethopia). However Guji coffees are quite distinct from either Yirgacheffe or Sidamo. Located in southern Sidamo, the people of Guji have a long tradition of coffee cultivation. They are called the Oromo people and the hills and landscape allow for particular cultivars to develop in this region.

Sidamo (or Sidama – the latter refers to the Sidama people, the former is what used to be known as Sidamo province) covers a large area in Southern Ethiopia spreading through the fertile highlands south from Lake Awasa in the Rift Valley. It is made up of over 20 different administrative areas, or ‘ woredas ’, with varying microclimates and altitudes. There is a big variety of both grades and cup profiles that end up labeled as Sidamo. The famous Yirgacheffe region geographically lies within Sidamo, though it is ultimately classified as its own coffee region.   Most central-southern coffees from Ethiopia are considered ‘Sidamo’ and are then classified further using certain town names or micro-regions.

It’s all in the Genes

These coffees, and Ethiopian coffees in general are unique in that they are always composed of heirloom varieties and not too mention it’s the birthplace of Arabica ( Southern Sudan is a likely candidate for that title too).

The genetic database for the Arabica species in Ethiopia is the largest the world has to offer. Aaron Davis and colleagues from Kew Botanical gardens in the UK have been working for a number of years now in Ethiopia in classifying various varieties of Arabica, primarily as a means to develop new hybrids that can combat the deleterious effects of climate change but also with the hope of finding new and exciting varieties. This is a necessary step to prevent early extinction of the Arabica species.

This is an excellent opportunity to taste a wet processed and natural processed Ethiopian coffee side by side. In the cup you can expect-
Gigesa Guji – Crème caramel, orange, vanilla pod. Light and velvety with a tart, apple-like acidity.
Werka – Nougat, litchi , blackcurrant. Buttery, with a tangy, berry-like acidity.