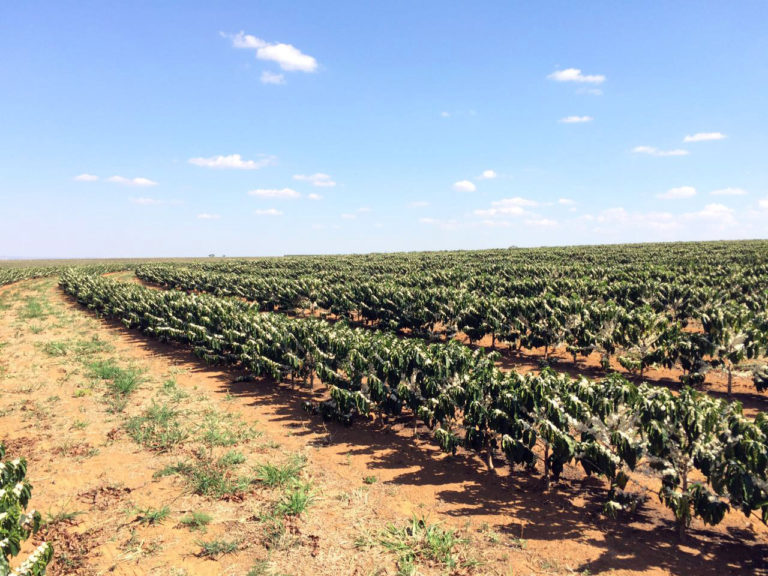 Onze Mil Virgens means ‘Eleven Thousand Virgins’. People in the region say that Onze Mil Virgens previously belonged to a bigger farm in the rural area of Rio Paranaíba that had around 11,000 acres. It was a ‘Virgen’ forest (The Cerrado biome) at the time. When it was divided into many farm lots, the sections that got separated off kept the name.

A look at the specs –

Onze Mil Virgens has been in Ana Cecilia Velloso’s family for four generations. Ana is an architect by trade but was born into coffee, where her great-grandfather, Miguel Veloso, was a pioneer in the Carmo do Paranaiba region. When he first established São Luiz Estate in 1969 (of which Onze Mil Virgens is part) , the Cerrado Mineiro was agriculturally underdeveloped. Manoel Velloso dos Reis, Ana’s grandfather, was also a pioneer. He took over from his father, strengthened the family’s legacy, and founded the town’s first agricultural cooperative. From there, the families reputation for quality and innovation grew.

Harvesting is mostly mechanized on Onze Mil Virgens with the exception of certain lots- like this one (Lot 33). The farm has plots of Yellow and Red Catuaí, Red Catucaí, Yellow Icatú, IPR 100, and Arará. Every lot is separated according to its varietal, and the harvest is planned with the intention of keeping the varietal lots seperate. The team at São Luiz have been thoroughly trained so as to ensure that the ripest cherries are picked and to minimise the picking of under-ripe beans.

The cultivar was created in 1949 from a crossing of yellow Caturra and Mundo Novo, and initially called H-2077.The variety was released in Brazil 1972 after pedigree selection (selection of individual plants through successive generations) and is in wide cultivation there. (Source- www.coffeeresearch.org). The name means ‘Very Good’ in Tupi-Guarani language.

This lot was taken to the patio and spread in a thin, one bean layer for sun-drying. The coffee stayed one week on the patio and was regularly turned to prevent excessive fermentation. After a week, the layer was made a little thicker to reduce moisture loss. When it reached the proper moisture levels, it was taken directly to the warehouse, where it was kept in parchment ( the last shell like layer surrounding the bean) for 60 days.

In the cup expect milk chocolate, red grape and fig. Medium bodied and smooth. A high quality and tasty daily drinker that’s excellent value for money. Until next time.