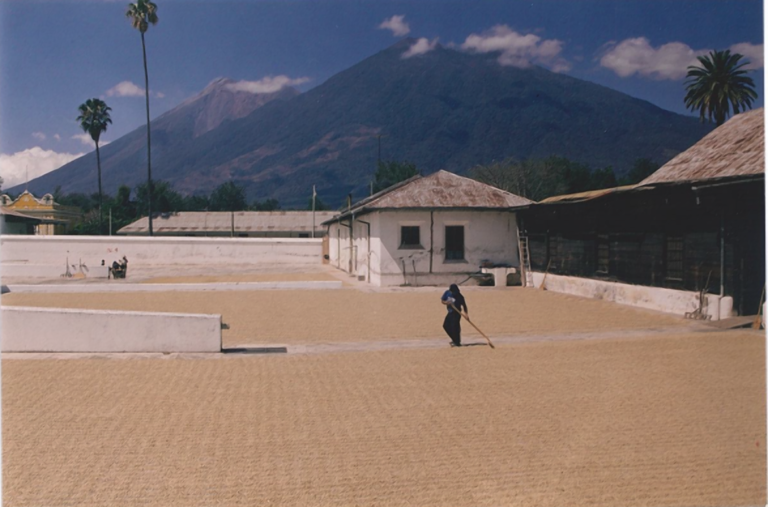 Finca San Rafael Urias is located in one of the most traditional coffee regions of Guatemala: Antigua. It is one of the oldest and most reputable farms in the region.
Founded at the end of the nineteenth century by Don Rafael Valdés Quiroa, today the farm is run by the third generation of the Valdés family.

The coffee produced by the Valdés brother is strictly hard bean (SHB), genuine Antigua type and it’s grown at an altitude between 1,300 to 1,500 meters above sea level. The farm has received multiple awards for its excellent cup quality. [Including winning places in the Cup of Excellence competition four times!]. This is a result of the care given to the coffee throughout every process and practice, itself a result by the expertise and knowledge established by its founder.

The Cup of Excellence is an annual competition held in several countries to identify the highest quality coffees produced. The competitions began in 1999 and by 2018 they were held in Brazil, Colombia, Peru, El Salvador, Costa Rica, Nicaragua, Guatemala, Honduras, Mexico, Burundi, and Rwanda. Each coffee is tested at least five times and only those coffees that get high scores continuously move forward in the competition. The final winners are awarded the Cup of Excellence and sold via an auction to the highest bidder.

The farm is situated in a special micro-valley, between Antigua’s Agua and Fuego volcanoes. Although there are hazards to being located squarely in the ‘ash’ zone (both volcanoes are active), the upside is the farm’s fertile, volcanic soils. After the ripe coffee cherries have been picked, they are sorted to remove any debris or damaged beans. Only the ripest cherries make it to the wet mill, where they are pulped and then fermented (12 – 18 hours) before being fully washed in 100% pure water. After this, the coffee is delivered to patios to dry under sun. Here, they are raked regularly to ensure even drying.

Only around 113 hectares (just over half) of the farm are dedicated to the production of coffee. The rest of the 200+ hectares are used for growing traditional foods – corn, beans, yams, and other field crops. These are for the use of the household and the workers on the farm.

This is our highest quality coffee on offer at the moment.  Cup of Excellence coffees are grown, harvested and processed with the highest level of attention to detail. This is certainly reflected in the cup.

In the cup expect sweet wine, red grape and blackcurrant with a medium body and a vibrant, berry acidity.