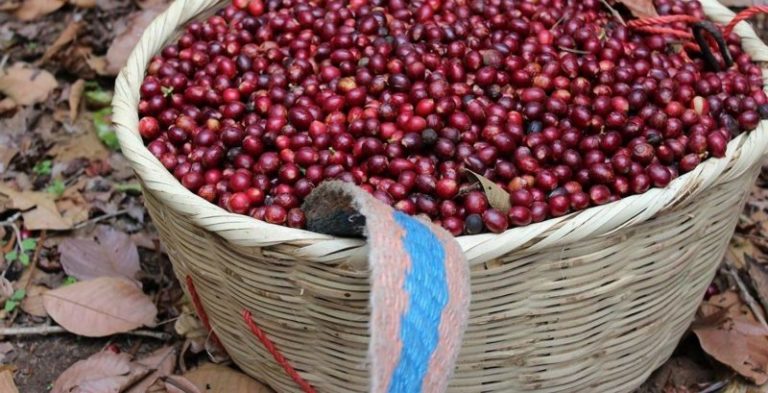 Finca San Jose occupies approximately 70 hectares on El Salvador’s’ Santa Ana Volcano, in the Canton of Los Naranjos, Juayua, Sonsonate. Around 56 hectares of the farm is planted under coffee and the remainder of the land is reserved as natural cloud forest. The high altitude here combined with the cool climate makes for the perfect conditions for coffee farming.

The Cup of Excellence is an annual competition held in several countries to identify the highest quality coffees produced. The competitions began in 1999 and by 2018 they were held in Brazil, Colombia, Peru, El Salvador, Costa Rica, Nicaragua, Guatemala, Honduras, Mexico, Burundi, and Rwanda. Each coffee is tested at least five times and only those coffees that get high scores continuously move forward in the competition. The final winners are awarded the Cup of Excellence and sold via an auction to the highest bidder.

The Farm and farmers

Finca San Jose was established in the late 1890s by the Ruffatti family, one of El Salvador’s foundational coffee farming families. In 2005, the farm was almost entirely destroyed by ash from the nearby Santa Ana volcano eruption. In 2013, Federico Pacas (who had for many years managed the farm) and his family purchased it, adding it to the small but significant Café Tuxpal Estate: sister farms are Santa Petrona and Vista Hermosa, both of which have substantial speciality coffee reputations.

Upon buying the farm, one of the first things the family did was begin renovation – both because it was necessary and also to increase the farm’s potential for speciality coffee. Due to their efforts, the farm is now divided into 10 different micro-plots, each of which is differentiated by a coffee variety.

All coffee from the farm is carefully harvested by hand and meticulously sorted before being delivered for processing to the farm’s own wet mill – Beneficio Tuxpal. Here, a second sorting takes place. After this, the coffee is pulped and then left to ferment in clean tanks for 36 hours, before being fully washed and delivered to dry on African beds.

This is our highest quality coffee on offer at the moment.  Cup of Excellence coffees are grown, harvested and processed with the highest level of attention to detail. This is certainly reflected in the cup.

In the cup expect currant, wild honey and plums with a medium round body and complex, tropical fruit acidity.