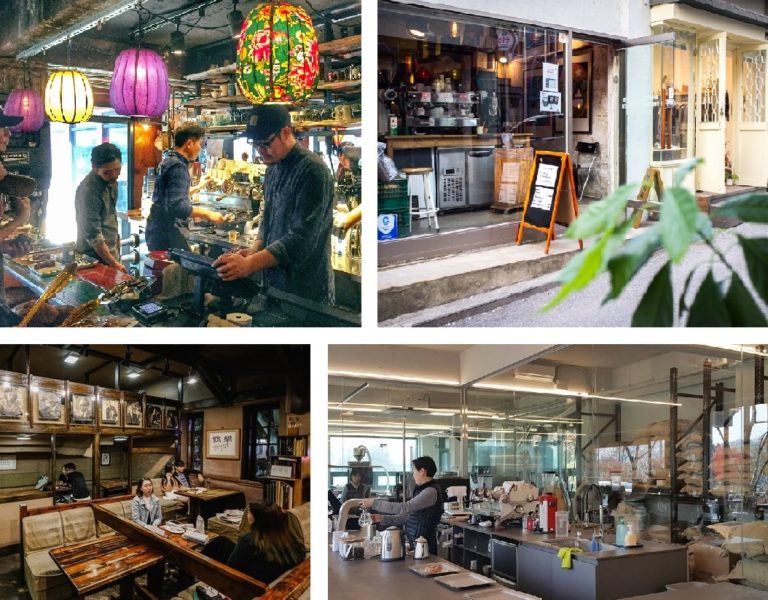 For thousands of years, tea was the go-to drink in Korean culture, in the last few decades however, coffee has emerged as the beverage of choice. One of the most common observations by travellers is that they cannot believe the sheer number of cafes and the hordes of locals that flocked to them. In Seoul and other cities, you will find cafes of all sorts, from chain to independent, big to small and unique to mainstream. According to the International Coffee Organization, South Korea’s per capita coffee consumption has nearly doubled since 1990 (currently 2.3 kg per person).

Importing the finest green beans, Fritz is big part of the city’s speciality coffee culture. Their café in Dohwa-dong offers several single origin coffees, with a focus on brewing them as pour overs. Their onsite bakery is almost as popular as their coffee, their baked goods spread is large than that of most bakeries in Seoul.

Trading directly with coffee plantations around the work, they were one of the first coffee companies that brought speciality coffee into Korea. Seu Pil-hoon, Korea’s first licensed Q-grader (in simple terms, a Q-grader is qualified to give a coffee an SCAA score out of 100 and can therefore classify it as being speciality or non-speciality), runs the shop. To date they have one of the largest ranges of green beans in Korea, drawing coffee drinkers from all over the country to their door step.

Among the first Korean specialty coffee roasters, Namusairo was opened in 2002. One of the few cafes in Seoul where you can taste rare coffees such as Panama Geisha. From day one they have been passionate about serving the finest coffees and focusing on the basics of coffee – quality green beans, roaster skills, good equipment.

One of Seoul’s oldest cafes, they opened their doors in 1956. The owner of the cafe still roasts and blends the coffee in-house. Due it’s nostalgic atmosphere, the café has become a popular filming location for K-dramas.

According to the results of a 2013 study by the Ministry of Agriculture, Food and Rural Affairs, Korea ranks as one of the countries that drinks the most coffee in the world. This year the coffee industry’s eyes are Seoul Korea as they are hosting the World Barista Championships. Coffee experts from all over the world are flocking to Seoul this November to watch the best baristas from around the world compete.