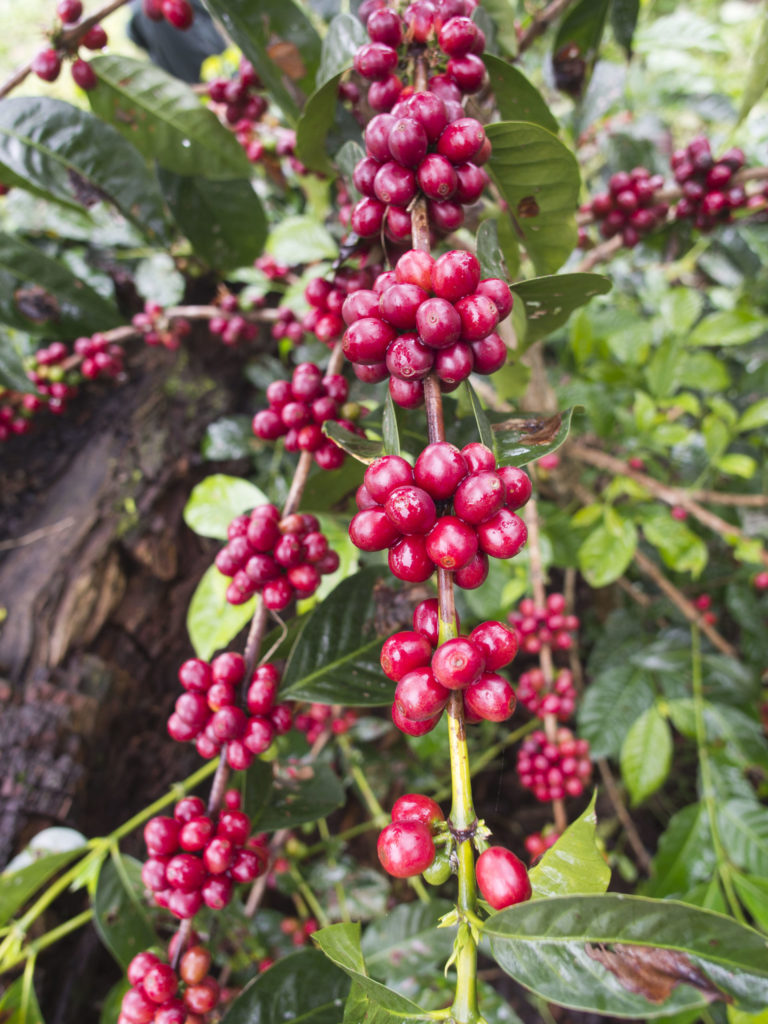 In the far western reaches of Ethiopia lie the dense, wildly sprouting jungles of Bench Maji Zone. This breathtaking landscape is home to Gesha Village Coffee Estate- a 475-hectare coffee farm. Gesha trees are grown mere kilometers away from the variety’s birthplace in Ethiopia’s Gori Gesha forest- an area known as part of the birthplace of coffee.

A quick look at the specs-

Processing: Natural processed and sun-dried in thin layers on raised beds with a parabolic plastic cover.

The story of the Gesha variety

People tend to think about Panama when hearing of Gesha, when in fact cultivation of the Gesha varietal only began there in the 1960s. Gesha was originally collected from coffee forests around the mountains of South- western Ethiopia, In a town called Gesha in the 1930s. Then sent to the Limungu research station in Tanzania, and from there brought to CATIE in Central America in 1953. It was then distributed throughout Panama via CATIE in the 1960s after it had been recognized for tolerance to coffee leaf rust. CATIE is a research station in Costa Rica that’s acting as a germplasm bank for around 1905 varieties of coffee .The variety made a name for itself in 2005 when the Peterson family of Boquete, Panama, entered it into the “Best of Panama” competition. It received an exceptionally high scoring and broke the record for highest green coffee auction price, selling for over $20/pound.

There is significant confusion about Gesha because there are multiple genetically distinct plant types that have been referred to as Gesha, many of which share similar geographic origins in Ethiopia.

A selection from the diverse forest population that more closely resembles the incredibly popular Panamanian Gesha. The selection was based primarily on plant morphology and cup profile.

The Gesha variety and other selections thereof, is considered one of the most exotic and tasty varieties in the world, not to mention its incredibly high cup quality. In some situations, it can be easy to forget that you’re drinking coffee.

In the cup expect- Complex tropical fruit, silky Oolong tea and Crème Brulee with a refined passion fruit acidity. Look for some Floral aromatics too.