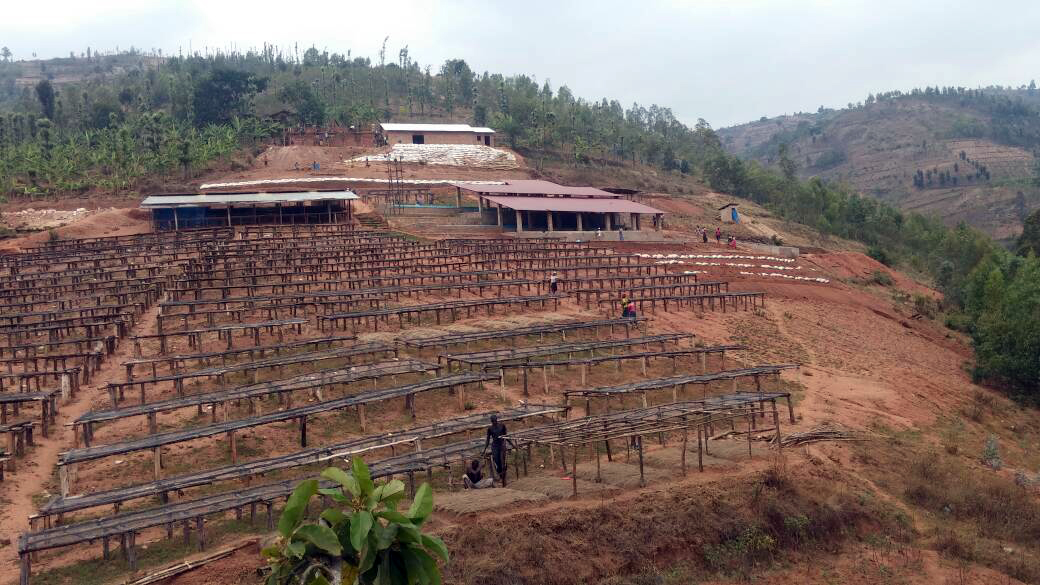 You’ll find with our Rwandan coffees that we mention the name of the washing station (central processing area) after the name of the Cooperative. There will be slight differences between […]

END_OF_DOCUMENT_TOKEN_TO_BE_REPLACED

The Umurage washing station was constructed with the intention of reducing the burden of farmers travelling large distances with their coffee.

Almost all these small producers have inherited their very tiny coffee farms from their parents and have been farming coffee for decades, but for little money. This was an infrastructure issue and most coffees were home processed at that time. After 2000, with the introduction of wet mills in Rwanda, home processing began to take a back seat, as farmers saw higher returns from supplying cherries to washing stations where quality could be more tightly controlled and enhanced. When Buf came on the scene, the bond was sealed, and the relationships between Buf and the local farmers that supply the washing stations keep getting stronger. 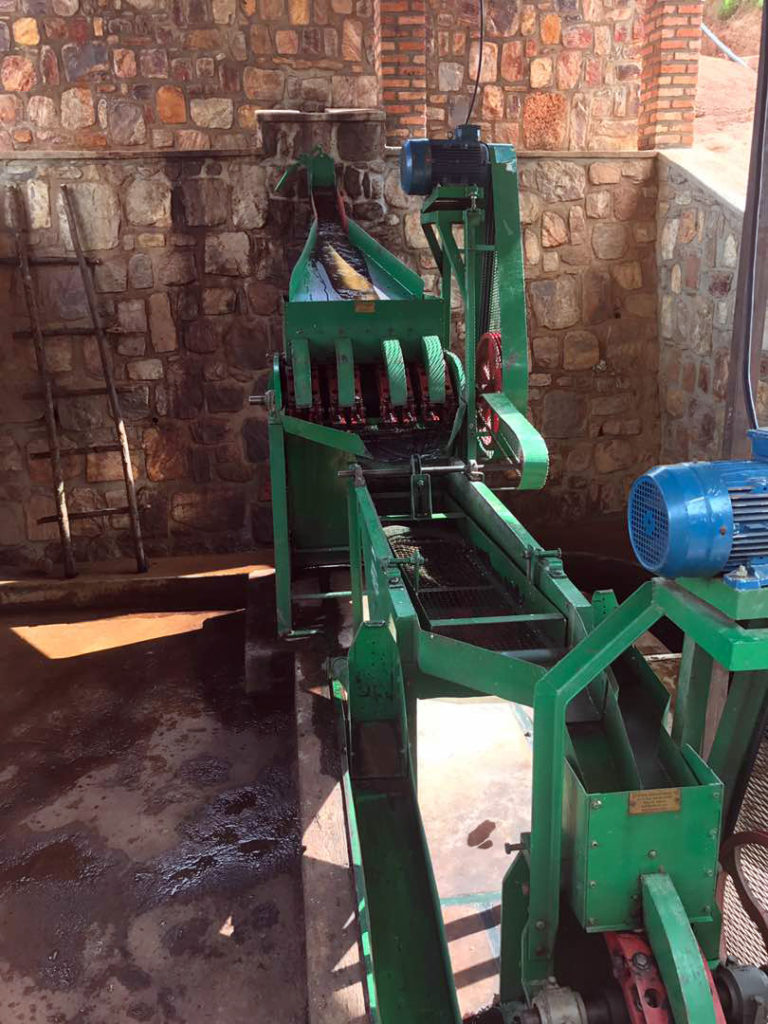 A coffee pulper at Umurage

Buf café recently created a system with farmers that they work in different groups each composed of 30 to 60 farmers. Through these groups, farmers are trained in good agricultural practices to improve their coffee quality and quantity while conserving the environment. The majority of the small farmers in the area have an average of only 300 coffee trees (less than a quarter of a hectare) and use some of their land to cultivate other crops such as maize and beans to feed themselves and their families. Most of their income from coffee is used to take their children’s school fees, medical care and for investment in livestock such as a cow for milk, both for use in the home and for sale locally. Access to training and information that can help to increased yields through the new program has the potential to be transformational. 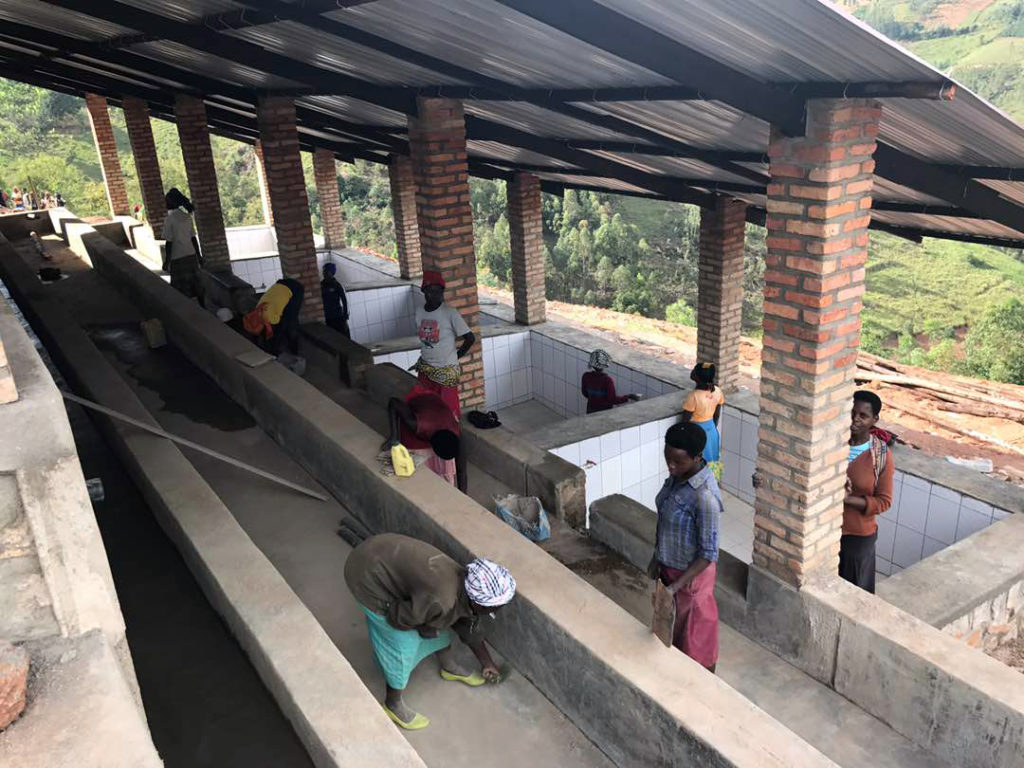 In the cup, expect sugar cane, cranberry and pear with a tart acidity. An exotic character is certainly emerging from this lot of Buf Café. It just gets better and better.

‘Musasa’ means ‘a place to make a bed’ and ‘Dukunde Kawa’ means ‘let’s love coffee’ in Kinyarwanda. This is a reference to the power of coffee to improve the lives […]

END_OF_DOCUMENT_TOKEN_TO_BE_REPLACED

‘Musasa’ means ‘a place to make a bed’ and ‘Dukunde Kawa’ means ‘let’s love coffee’ in Kinyarwanda. This is a reference to the power of coffee to improve the lives of those in rural communities. The Musasa Dukunde Kawa cooperative has three washing stations lying high in Rwanda’s northwest region. Just a reminder for those who have forgotten. A washing station is a coffee processing area focused on removing all the layers of the coffee cherry to get to the seed and prepare it in such a way that is ready for storage and export.

Ruli – the cooperative’s first washing station – was built by the co-op in 2003. Constructed at 1,999 meters above sea level, it is one of Rwanda’s highest washing stations. One can argue that having a washing station positioned at a higher altitude would slow down fermentation in processing and in that way can affect the overall cup profile of a coffee through the activity of various bacteria and yeast strains. However, there are currently too many variables, some of which are not even quantified, to be able to make a solid conclusion on how this might affect the cup profile. I suspect that will change globally, in the years to come. 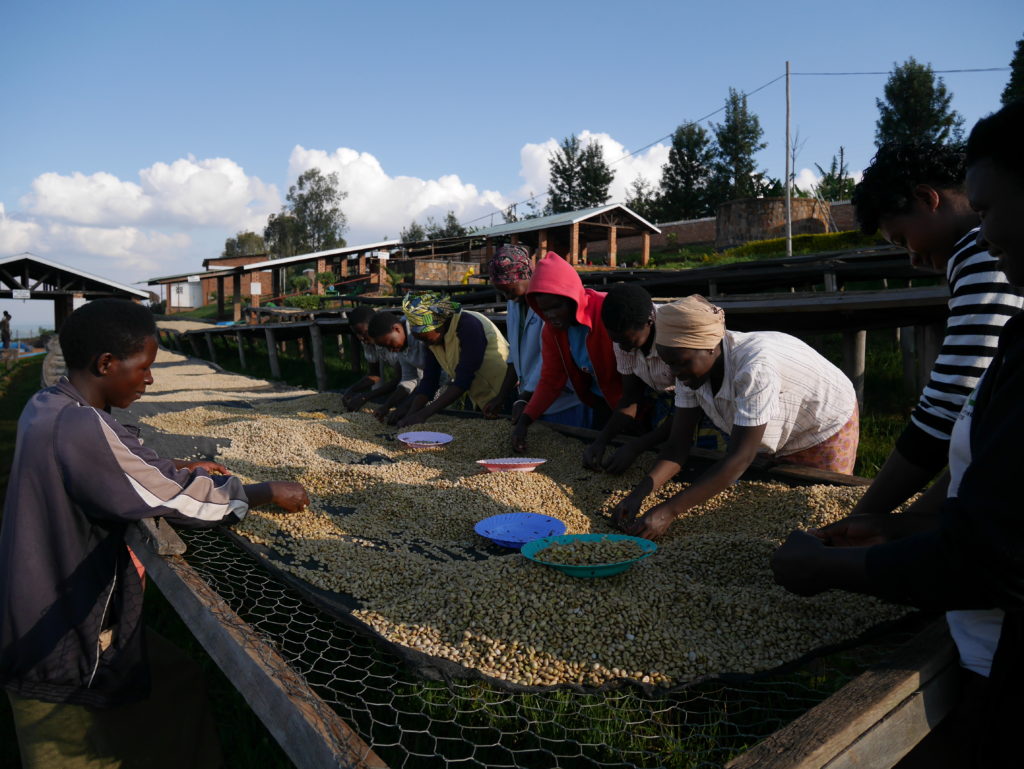 In addition to the great work that the cooperative does with quality improvement and assurance at all parts of cultivation, harvesting and processing, they also have various social programs that greatly contribute to the livelihoods of their members. School fees and medical insurance are provided along with training in quality and productivity in the cultivation of coffee. The cooperative also gives cows as bonus payment for Coffee cherries of high quality. These cows not only produce milk for cheese, which helps improve diets and provides supplementary income for farmers, they also provide some stellar fertiliser for their coffee trees.

The cooperative has also invested in a great deal of custom built bikes that help smallholders deliver their harvested cherries to the cooperative’s three washing stations. This not only reduces the labour required for farmers but also means that it is now much easier to deliver cherries on the same day as picking, which ensures greater quality. Farmers who work with Musasa Dukunde Kawa have seen their income at least double, and the co-op produces some outstanding lots for the specialty market year after year. As can be seen above by the specs- they have won many Cup of Excellence awards over the last 10 years.

In the cup, expect crème caramel, citrus fruit and cardamom. Juicy mouthfeel with a citrus acidity.

This has been one of Origin’s best-selling and cherished coffees for many years, and will likely be so going forward. Neil Gouws, Origin’s resident Barista extraordinaire used this coffee for the recent South African National Barista competition. He came second overall and tied with Winston Thomas (current SA Barista Champion) for best espresso.

Finca El Aguila is owned by Mauricio Ariz and his sons – 4th and 5th generation coffee farmers. The finca occupies 63 hectares very near, just north of the Santa […]

END_OF_DOCUMENT_TOKEN_TO_BE_REPLACED

Finca El Aguila is owned by Mauricio Ariz and his sons – 4th and 5th generation coffee farmers. The finca occupies 63 hectares very near, just north of the Santa Ana volcano. 43 of these hectares are given over to coffee: the remaining 20 hectares are dedicated to nature conservation or have been planted with cypress trees.

The Ariz family are committed to keeping the primary forest within the property untouched. The family also supports the Ojo de Agua community with workers and materials to maintain two access roads, as well as providing a water supply to the community from their water reservoirs. It is hoped that the coming years they will be able to facilitate access to electricity for the community, as well.

Red Bourbon grown in El Salvador is quite a bit different to Red Bourbon grown in Africa. It’s certainly less acidic and fruity overall. Sweetness associated sugar caramelization by-products tend to come to the surface more via roasting. Expect to experience more of those dessert like characteristics.

This is of course- my opinion, your results may vary.

Today in Latin America, Bourbon itself has largely been replaced by varieties that have descended from it, notably Caturra, Catuai, and Mundo Novo. However Bourbon is still being cultivated somewhat prolifically in El Salvador, Guatemala, Honduras, and Peru. 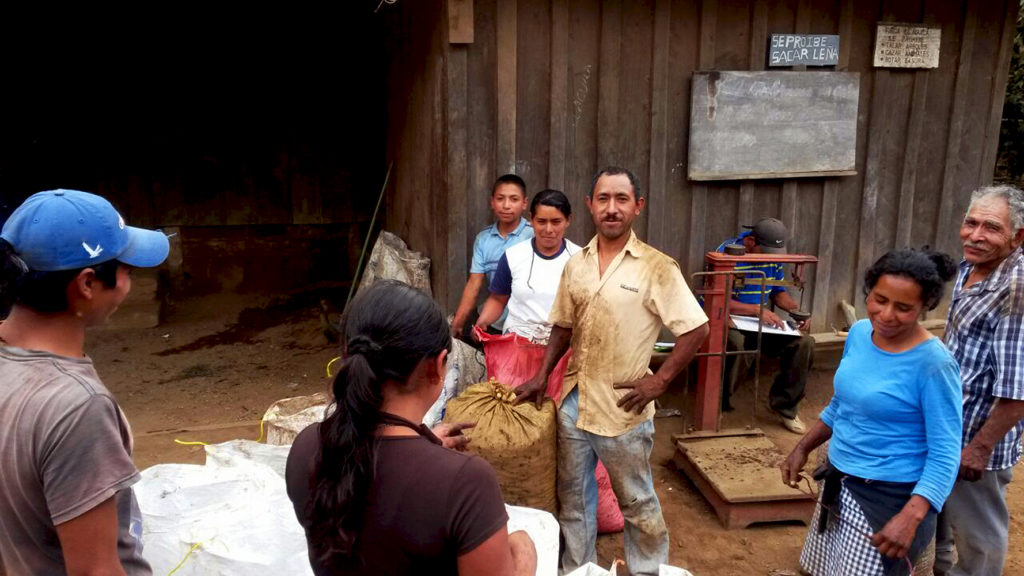 El Salvadors highest and most active volcano- Santa Ana (also known as Ilamatepec) is a stratovolcano built up of alternate layers of lava and ash about 45 km west of San Salvador city. It is El Salvador’s highest volcano and one of its most active. In 1722 Santa Ana produced a lava flow that traveled 13 km to the east. One can deduce that Santa Ana has created the optimum soil environment for coffee farmers to flourish.

In the cup, expect- Smooth with a brown sugar sweetness, fresh dates, cinnamon. Most suitable in pressurized brew methods.

You forgot to select your pick up point!
Remember, we have pick up locations throughout the country, just pick one!